Have you been watching the news wondering what in the world is going on with the internet? Is it even safe anymore given the waves of cyberattacks that have been occurring to our biggest institutions recently? This past year was rife with stories of cybercrime and risk. Unfortunately, it doesn’t look like the trend is going to change. While you can’t change your online environment, you can change your response to it. There is nothing stopping you from getting the tools and knowledge you need to prepare yourself for next year, all you need to know is what’s coming.

Here are some threats both well-known and unknown to watch out for in the coming year.

Attacks on public networks have been a staple of the amateur cybercriminal since wireless networks first became popular. Now that security is improving in other sectors of technology, we can expect a continuance of this activity if not an upward trend. What happens is that with a simple setup of a “sniffer” program on their laptop, a hacker can intercept any data transmitted over the public network they are using. This can include verification information to any accounts you have or your financial information.

The best way to defend yourself from these attacks is to use a Virtual Private Network (VPN), which is an easy to use tool that connects your device to an offsite server via an encrypted connection. This connection keeps out hackers and hides your IP address from any organization or individual hoping to track you, making it a perfect all-around security tool as well. Other people use it for additional reasons, with top websites even saying that you can use it to bypass regional restrictions put up by websites like Netflix. There’s no doubt you’d be able to get your money’s worth from one.

We are living in some troubling times, and our computers might get caught in the crossfire between major world powers vying for internet dominance for one reason or another. They might attack major companies, government databases and websites, and there are even threats to major utilities such as the national grid. There’s nothing you can do about that, but knowledge is power to at least some degree.

This might be the most troubling threat we have to contend with in the coming year simply because of the fact that defense against it is rather difficult. It is nearly impossible to tell the scope of what could happen from a state sponsored cyberattack. The most immediate thing you can do is back up your data and know when to get out of something for fear that it is too big a target. Governments will be unlikely to care about you as an individual user, but if a net is cast, you might find yourself under it.

Unless you work at a major company you might wonder why you should ever be concerned by a major corporate data breach such as those that occurred with Sony and Target. Yet customers are often the main target of those attacks, with major retailers and health care providers (a famously unprepared sector of the economy) holding on to enough information on millions of people to be utilized in mass identity theft. Based on how the laws turn out next year, you might be able to sue companies for damages. Yet if this happens, it won’t soften the headache for you.

Be aware of the companies you do business with. If you don’t think a retailer can be trusted with your data, be sure to use cash whenever you shop there. Be careful of where you shop online. Lots of people aren’t willing to do the research, but five minutes of searching can mean the difference between identity theft and a dodged bullet.

While most viruses and malware were originally targeted towards Windows systems, mobile malware is becoming the hot new threat that every cybercriminal wants in on. There are a ton of kits and tips now available for mobile malware “developers,” and they just can’t wait to try out their new creations and ruin your day.

You’ll want to take a few quick steps to defend yourself: 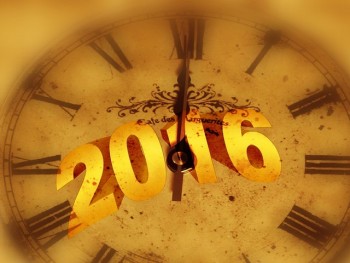 We are certain to get unexpected threats coming our way in the coming year. Let’s try to prepare ourselves as best we can for what we know is coming so that we can react more swiftly. None of the above suggestions will go to waste, we promise you.