If you’re someone who’s looking for smartphone protection while not adding too much bulk, then the Every1 kit by Ballistic (Amazon; case only) is a good option to take a look at. 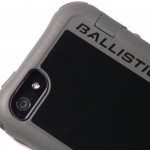 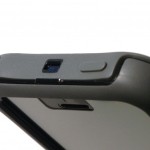 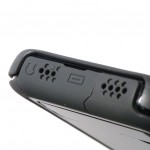 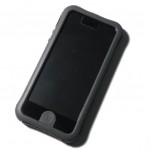 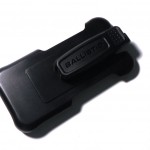 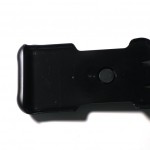 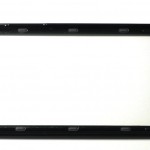 I call this a “kit,” because it includes the case as well as a matching belt clip/holster. This kit retails for $49.99 on Ballistic’s website, so it’s not the most affordable of solutions. However, if you want just the case itself, that’ll run you just $23.95 on Amazon.

Installation is different than most cases, as this is a two-piece case. One piece covers the front of your iPhone 5, while the rest of the case covers the rest of your device. The front cover is held into place via 4 little bumper areas, called the “Active Latches” by Ballistic. These also provide you for corner drop protection.

The inside of the case, as you may have noticed from the photos above, is where the magic and protection happens. Inside features the “Air Gap Suspension Springs,” as Ballistic calls it, which gives you 1mm gap between the phone and the sides of the case, which helps with drops.

Taking my traditional tour of the case, the left side features two “nubs” for the volume buttons. They take a little bit of extra effort to press, but you still get a fair amount of feedback, or “click,” when pressing them. The same also goes for the power button up top. For the silent switch, there’s a flap to keep that area covered. The cutout for that itself is a bit small and recessed, but still manageable to get into. The bottom of the case also features a flap to keep the 3.5mm headset jack and Lightning port covered, while perforated holes cover up the microphone and speaker.

If you’re interested in the belt clip/holster, it works just fine. Your iPhone goes display-first into the holder, with the very strong clip being able to rotate 180 degrees. Your iPhone can be easily removed, thanks to the latch at the top.

To sum things up, the Every1 by Ballistic is a great case that offers unique styling in a package that can’t be beat. Its combination of looks, features, and protection make it the perfect option for those who want said protection without getting some ultra-bulky alternative. The belt clip/holster is an added bonus, if you decide to go that route, that you’ll probably be happy with.