A lot of people have multiple gadgets that charge via USB. While one can plug each device into the wall using their respective chargers, a more organized way would be to use a single charger with multiple USB ports. That’s where a product like Just Mobile’s $50 AluCharge (Amazon) is useful. 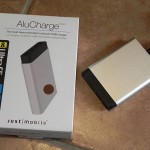 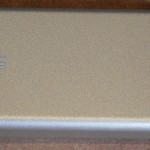 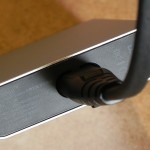 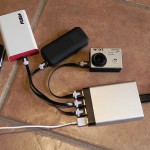 This premium, minimalist, aluminum-housed charger features four [rather tight] USB ports, each of which support output power of 2.4 amps. If all four ports are used, though, the maximum combined output is 6.4 amps which will be divvied up among all four. That means if all four ports are used by devices that accept 2.4 amps of input power, they’ll only be receiving 1.7 amps. This is still plenty fast for most devices, including smartphones and portable batteries. Tablets may see slower charge times because of this. In any case, decreased output power when all ports are being used is par for the course when it comes to these types of multi-port USB chargers.

When using all four ports simultaneously, the charger will only get a tad warm. Just Mobile claims that the AluCharge protects against over voltage, over current, overload, overheating and short circuiting.

In addition to the charger, your purchase includes a power cord that’s used for keeping the charger and anything plugged into it powered. Attached to the cable is a Velcro strap to keep the cable organized when it’s not in use. The length is enough for most people, though it would be nice for the cord to be longer.

While the product itself performs as you’d expect it to, it’s worth noting that there are many, much cheaper alternatives that will handle the same tasks. Sure, they might have plastic housings, but they can get the same job done as this, and are dramatically cheaper, with many under $20.

The bottom line is that, if you’re open to spending extra money on a premium, built-to-last charger, then the AluCharge by Just Mobile isn’t a bad way to go.