For those wanting a little more convenience when using their wired audio accessories (including headphones and speakers), a portable Bluetooth receiver might be what you’re looking for. This particular receiver is incredibly compact, and enables you to listen to audio while untethered from the main source (such as smartphones and computers). 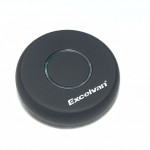 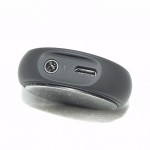 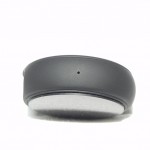 What this allows you to do is pair it to a Bluetooth-enabled device, such as a phone or computer, and play audio to whatever wired audio device is connected to the receiver, without plugging anything into the phone or computer (among others).

At the time of purchase, an eBay seller by the name of novoefine listed this receiver for just $1.99 – including free shipping. I can’t find anything nearly as affordable, but it looks like the average price for this exact receiver is about $12.99. Similar receivers, though not as compact, can go for about half as much.

The purchase included the adapter, a flat micro-USB cable for charging, a lengthy 3.5mm auxiliary audio cable, a male-to-male audio adapter, an extra sticky pad and a user manual. On top of the receiver is a button that allows you to answer and end calls in addition to pausing and resuming audio playback. It doesn’t have the ability to skip music tracks or trigger voice assistants. You also use this button to turn on and off the receiver, both functions of which require the button to be held down for 5 seconds. When turned on, it immediately goes into pairing mode.

The manual states that the battery takes 1.2 hours to charge and allows for up to 12.8 hours of audio playback. I never used the receiver for more than 90 minutes, but it worked perfectly throughout them.

My specific reason for getting this is for my bike rides. I have my phone mounted on my handlebars, which would leave my cable dangling quite a bit in front of me. With this, I can just pair it to my phone via Bluetooth, plug my headphones into the receiver and place it into my pocket for much better cable management. You could also use this to add Bluetooth audio capabilities to your vehicle’s audio system using its auxiliary input.

The receiver does have an integrated microphone for handling Bluetooth calls, but the quality is poor and doesn’t work very well unless you’re speaking directly into the receiver. If your phone allows you to specifically disable the microphone portion of the adapter, I would certainly recommend doing that.

I’ve found this little device very convenient to have, and can easily recommend it, even at its higher price of $12.99. Just don’t buy it for its phone call capabilities as you aren’t going to like what you’re going to hear (if anything).