With a rather generous price given its hardware, the $1,199 ASUS Q324UA (a Best Buy exclusive) appears to have a lot to like.

Unfortunately, I found a number of things that prevented me from keeping the laptop. 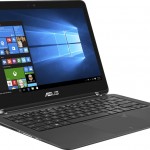 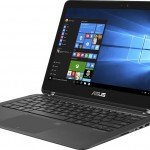 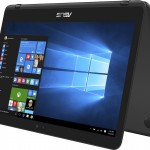 This is something that every laptop needs. It really does make unlocking and logging into Windows a lot faster, as you no longer need to enter a password. It’s easy to setup, and the sensor itself has been very fast (practically immediate) and reliable.

While not as fast as the HP Spectre x360 and HP ENVY x360 that I recently used, it’s still probably faster than most non-Windows laptops. From pressing the power button to being at the lockscreen, it all happens in under 8 seconds.

Many 2-in-1’s (namely Dell’s new XPS 13 2-in-1 and the new HP Spectre x360) lack ports, which is where the ASUS shines. As mentioned in the specs above, the ASUS has everything you would want. Sure, the lone USB-C port isn’t Thunderbolt 3, but it’s still a USB-C port that can be used for most things (obviously not including external GPUs).

This is one of the oddest keyboards I’ve ever used on a laptop. I wouldn’t say that it’s the worst, but it’s just…weird. Key travel is fine at 1.5mm, but the feedback isn’t really satisfying for us fast typists. I have to purposely slow myself down to feel more accurate. There’s also not a lot of resistance to the keys.

Despite having a Precision trackpad, it still exhibits some of the same issues I had with both HP 2-in-1’s while also introducing some new issues. The main issue is that when clicking, the cursor will often move so that something else is clicked on. There have been a few instances where a single-finger tap would exhibit two-finger tap behavior. Additionally, the duration of the single-finger tap is too long. You can see this by clicking on a button. Windows acts as though the button is being held down for a bit of time before being let go, despite the actual tap lasting much shorter. Lastly, tracking also seems ever so slightly delayed, almost like what you may experience when switching between a wired mouse and a wireless one.

In short, this trackpad should not be considered precision anything.

When sitting on a couch with the laptop on my lap, Windows (and Internet speed tests) report a connection rate of less than 20Mbps. If I lift the laptop up by just 6 inches, it’ll jump up to over 200Mbps. This tells me that ASUS didn’t place the Wi-Fi antennas towards the top of the display like most laptops should. I’ve even had it completely disconnect a few times where other devices don’t.

This is definitely a problem, which is most noticeable every single time you boot up the laptop due to the screen being black. It is found mostly near the top-right corner and the bottom-left corner.

For some reason, the fans have been on at an audible level during the entire time I spent typing up this post. Literally, all that’s been running is Firefox with a few tabs that aren’t doing anything in the background. Windows is reporting <2% CPU usage, so what gives? Nowhere does the laptop feel warm, too.

I was initially going to say that build quality was where it should be for a computer of this price, but upon closer inspection, it’s not. On the bottom of the laptop, one edge of the bottom panel doesn’t sit flush with that particular side of the laptop. What’s worse is the trackpad. The entire left half of the trackpad is elevated higher than the right. It’s to the point where you can actually fit a fingernail under the trackpad and pull up on it.

This is yet another 2-in-1 that fell far short of where it should be. Port selection, value, and the great fingerprint sensor are nice. It just fails as a laptop everywhere else: display, trackpad, keyboard, build quality, noise, Wi-Fi… Are these machines put through any QA process at all?

This is the third 2-in-1 I’ve used over the past 3 weeks, and the third that has been returned. One remaining alternative is the Lenovo Yoga 910, but its larger 14″ display & body and extremely-small right shift key are deal breakers. It’s also fairly expensive (though, if it ends up being worth it, then why not?). There’s then the new Dell XPS 13 2-in-1, but that uses low-end Y-series CPUs while sporting a much higher price tag than the non-convertible XPS 13. I can let the two USB-C ports (only one of which is Thunderbolt 3) slide, but the ultra-low voltage CPUs are things that cannot be forgiven.