Priced at $119.00 from Walmart for the T-Mobile model, the Fierce XL offers quite a bit of phone for just a little bit of money. 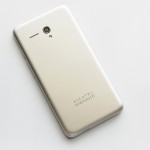 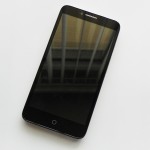 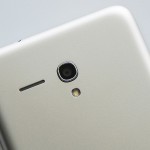 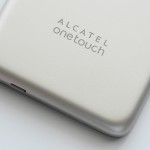 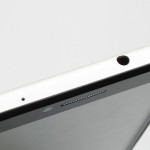 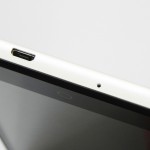 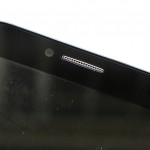 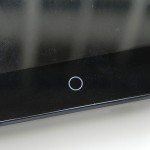 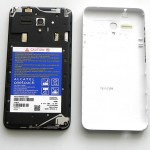 Note: I marked this review as a “mini” review, as it’s not quite as detailed as a typical review, but should give you a good idea of what the device should feel like.

While the Fierce XL won’t be competing with the likes of the Galaxy S7 or the LG G5, it holds its own given its price.

Made of plastic, the Fierce XL doesn’t necessarily feel cheap. In the hand, it feels rather solid, though the smooth back cover makes for a fairly slippery device. It has a decent weight to it, but isn’t overweight, especially considering the size of the display.

On the top, you’ll find a 3.5mm headset jack, while the power button and volume rocker are both located on the right. The micro-USB port — used for charging and syncing — can be found at the bottom. Along the back is our camera, LED flash, speaker, and some Alcatel Onetouch branding. The front has your 5.5-inch display, front-facing camera, and three touch-sensitive navigational buttons (back / home / app switcher).

The overall design of the Fierce XL isn’t something that’ll blow you away, but it’s respectably simple.

The rear-facing speaker isn’t in the most ideal position, but the audio is amplified while on a table. Without one, the speaker can still get plenty loud for music listening and speakerphone calls. Actual quality is fairly respectable; I’ve certainly heard much worse speakers on budget smartphones. Earpiece usage is similar, with good sounding audio with plenty of volume.

I used the Fierce XL with no display protection for 14 days, and haven’t noticed a scratch of any size. Some say that the display has sort of a plasticy feel, which I can certainly agree with, but I don’t think it’s even remotely a concern. Multi-touch use has been as you’d expect from a modern smartphone. And even though the display resolution isn’t too high, the pixel density is enough to where text and images look plenty sharp.

As far as color accuracy is concerned, the Fierce XL isn’t bad. They seem plenty saturated without going overboard. Viewing angles could be better, as you’ll notice colors getting a bit of a warm tone when viewed from an angle. Still, the screen isn’t too bad whatsoever, as it can work relatively well outdoors. It can get very bright, though I wish that the lowest brightness option would be even lower.

Alcatel has made a few modifications to what is otherwise stock Android 5.1. The only noticeable change from them comes with the icons, where they’re now more colorful. Otherwise, it’s stock Android. So, because of this, there aren’t any extra apps or features that are unique to the Fierce XL. I ended up installing Apex Launcher and the Glasklart icon pack, so that things were tuned to exactly what I wanted.

Despite having a bit of a lower-end processor, everything performs wonderfully. Apps launch relatively quickly, the app switcher is quick and smooth, and games played rather well. I don’t play any graphics-intensive games, so I can’t speak to the smoothness of those, but simpler games, such as Crossy Road, were expectedly fine. Thanks to the 2GB RAM, quickly switching between apps was handled extremely well. And despite how much I use my smartphones, I’d classify myself as an average user, to where I found the performance of the Fierce XL to be very adequate for anything I’d ever want to do.

At the end of the day, I often found myself with 20-30% battery remaining. This is with 100% LTE usage with different display brightness options and apps being used. In terms of hours, I typically unplug at 7AM and plug in at roughly 10:30PM. That’s 15.5 hours of being unplugged, with the battery still having enough to spare for perhaps next-day morning use.

As this is a T-Mobile device, it supports everything, including band 12 LTE, VoLTE, HD Voice calls, and Wi-Fi Calling, all of which worked well. Like most Android devices, the Fierce XL handles weak LTE signals exceptionally well — much better than what my expensive iPhone 6 Plus can do. HD Voice calls sound nice and clear, and data speeds were very fast, as is normal in my area.

I’m not a heavy camera user, and I don’t have any sample photos to share (but there were a few in the video review that’s embedded above). I did take a handful of photos from time to time, and found that it’s very usable. It will have issues in low light situations, but for everywhere else, the camera handled photos surprisingly well. I didn’t test the front-facing camera, nor did I record any videos.

I have to say that, for $119 (plus tax), the Fierce XL is a fantastic device overall. It performs well, lasts a long time, and has a camera that can get the job done. If you’re someone who doesn’t use their smartphone too much, but wants something that’s still somewhat capable, the Fierce XL is very hard to beat.