First unveiled in June, the Corsair Bulldog aimed to be a quality choice for a living room-friendly PC. Today, the production version has been revealed, including design changes, its price and general availability.

This $399 DIY kit provides you with a reasonably-sized case, mini-ITX motherboard, 600W SFX power supply and H5SF liquid CPU cooler. It’s important to note that the included motherboard supports Intel’s Z170 chipset and their latest 6th-generation Core-series of processors, including the recently-launched Core i7-6700K CPU. The motherboard also features 2 memory slots that support up to 32GB (16GB x2) of DDR4 RAM @ 2400MHz (or higher if overclocked). Due to the mini-ITX form factor, there’s only enough room for a single video card, but the case has enough room to fit fairly large cards. And while the CPU is already cooled with the H5SF, what about the GPU? Corsair says that a special liquid-cooled version of the GTX 980 Ti will be available separately from Corsair, in partnership with MSI. If that card’s overkill for you, Corsair will be offering Bulldog-friendly GPU liquid cooling kits. 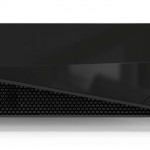 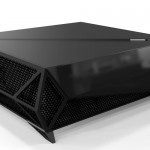 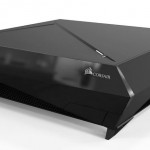 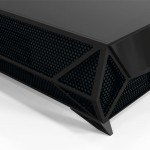 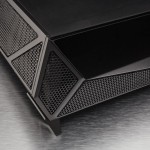 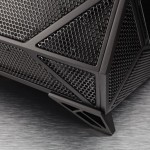 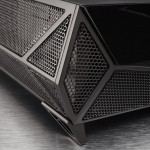 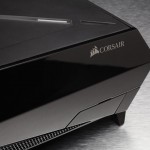 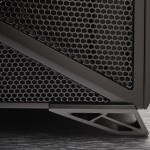 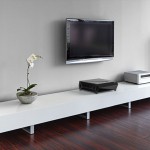 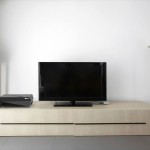 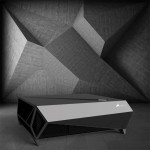 As this is a DIY kit, you’ll be left responsible for the processor, memory, storage drives, smaller peripherals and the video card. If you wanted to, the latter can be omitted if you’re looking to use a CPU’s integrated GPU with the goal of making a basic (yet upgradeable) HTPC. In the end, you may end up spending several hundred dollars more on top of the initial cost of the Bulldog.

More information about Corsair’s Bulldog can be found at http://www.corsair.com/en-us/landing/bulldog.