A bigger smartphone means a bigger battery case. With 1byone’s case, you get a whopping 4,000mAh capacity battery, enough to last one full charge for your iPhone 6 Plus (and then some). 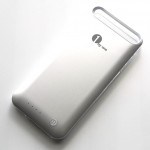 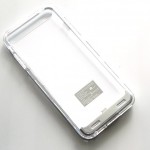 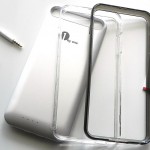 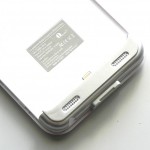 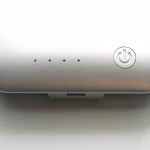 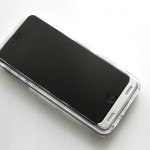 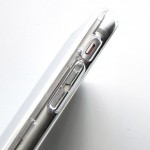 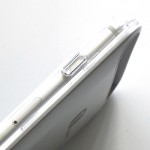 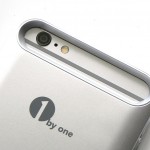 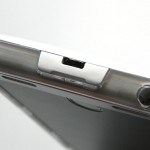 At $42.99 on Amazon, it’s reasonably affordable. While I opted for the silver model, it is available in a few other colors, such as gold and black. Each case comes with two replaceable bumper inserts, a micro-USB 2.0 cable (for charging and syncing while the iPhone is inserted), and a 3.5mm audio extension cable. The latter cable is included because the actual audio port on the case itself is a bit small, so the cable allows you to still use any pair of headphones you’d like.

The battery case uses smooth plastic along the back, which minimizes the amount of fingerprints and scratches that would otherwise be visible. The back also has a wide opening near the camera area, which doesn’t negatively impact photos or videos at all. You’ll notice the power button on the back, too, in addition to four power LEDs, each one representing 25% battery capacity. Each replaceable bumper is somewhat transparent, allowing you to see through to the side of your iPhone 6 Plus while it’s installed. The bumper makes sure that the phone stays securely into the case. Additionally, it has covers for the buttons, providing you with a satisfying amount of feedback when being pressed. There are some channels located at the bottom of where your iPhone would be planted, allowing audio to aim towards the user. The microphone channel is also like this. Neither of them decrease audio quality, whether we’re talking about sound going into the microphone, or audio that’s going out through the speaker. If you find yourself having a hard time gripping the iPhone 6 Plus without a case, this battery case may take some getting used to, as it does add a fair amount of bulk to the slim smartphone. It also has some decent weight to it.

At the bottom is the micro-USB 2.0 port, which lets you charge the case in addition to syncing with your computer while the iPhone 6 Plus is installed, essentially converting your Lightning connection into a micro-USB one. Charging the case itself can take upwards of just over 4 hours, as it only has a 1A input. Likewise, the output is 1A, so charging your 6 Plus’s 2,915mAh battery should take around three hours. In fact, that’s exactly how long it took for my smartphone to go from 1% to 100%. The screen was only for, at most, 5 minutes the entire time, which added only a little bit to the charging time.

All told, this battery case certainly isn’t the fastest, though it can easily get the job done for on-the-go charging. Its reasonable price and sleek design make it attractive, too.