Curved displays have been around for a few years. While they look neat, it’s still difficult to understand their practicality in consumer products, especially when it comes to devices with smaller displays, like smartphones. LG’s G Flex 2, available from Sprint, is one of those smartphones with a small, curved display.

The LG G Flex 2 is available from Sprint and other carriers in the US. For Sprint pricing, you can pay for the device in monthly installments of $21 per month for 24 months. You can also get it with a standard 2-year contract for $199.99. If you’re willing to pay for it outright, it’s priced at $504. That full price is actually not too bad given the hardware that the G Flex 2 packs inside.

Speaking of hardware, below is the list of specs. It’s certainly no slouch when it comes to specs

LG’s G Flex 2 is a gorgeous device all around. While the removable back panel is plastic and can be slippery, its thin thatch pattern is something to appreciate. It’s also available in two colors, including platinum silver (shown in this review) as well as volcano red, which looks extremely good in every photo I’ve seen of that particular model. The back panel also features an improved version of LG’s self-healing technology, where “minor scratches” can actually repair themselves, to make the device always look “like new.” In my testing, I didn’t see this in effect whatsoever, ever for extremely minor, hairline scratches. I found this to be quite odd, as other have supposedly clawed or ran their car keys along the back (!), and just watched the back repair itself. My results were rather disappointing, especially given that this is a feature that isn’t seen anywhere else. I ultimately saw nothing from it.

The main build material is plastic, which you can certainly tell when lightly squeezing the device, as the plastic makes the usual creaking noises. It can actually be a bit worrying. However, it’s built so that it can be pushed down flat, rather than retaining its curved state. It ultimately doesn’t feel quite as strong as other smartphones, so I would feel much safer putting it in a case. Consequently, the curved design doesn’t allow the smartphone to lie flat on a surface, so it will rock back and forth if you’re trying to use it that way.

What’s even more interesting is its button placement. A few years ago, LG started placing all of the hardware buttons on the back of the device in favor of a slightly thinner profile and more practical access when using it in one hand. While it does take some getting used to, I found the placement to work extremely well. Fortunately, when the display is turned off, you can simply double-tap it to turn it back on. This lets you completely skip having to use the rear power button. The volume buttons are large and easy to find. All three of the buttons have their own texture, allowing you to find them even faster. Other rear items include the rear-facing camera, its LED flash, as well as its new laser-guided focusing system. The rear-facing speaker is also found on the back towards the bottom.

On the front, you’ll find the 5.5-inch display, various sensors, front-facing camera and the earpiece. On the top is the IR blaster, while the bottom houses the micro-USB 2.0 port and 3.5mm headset jack.

Overall, the design and layout of all of the various hardware features work very well together, making for a package that works and is eye-catching.

While not bad, the rear-firing speaker isn’t that great either. Audio can get fairly loud, but it’s not very clear, which doesn’t make it suitable for listening to music for anything longer than few minutes at a time for a quick musical fix. It’s still perfectly fine for speakerphone calls, however. In any case, using headphones or a dedicated speaker system is recommended. The earpiece on the front of the G Flex 2 is fine for calls as well.

The standout feature of the G Flex 2 is certainly its display. In the introduction, it was outlined as to what the practical use of a curved display is. Actually, that’s not what happened. That’s because a curved screen on a smartphone offers nothing when it comes to advantages that are actually usable. But after a while, I slowly started to see a few reasons as to why a curved screen could be useful.

Before I get into that, let’s briefly go over the actual screen. Since it’s full HD, everything is crisp and clear. Colors aren’t oversaturated and appear to be fairly accurate. Viewing angles are also top-notch. As an added bonus, the screen is mostly viewable in direct sunlight. Now, back to the curve.

Immediately, I noticed that scrolling vertically through menus felt nicer, as you can actually feel the curve when scrolling. It’s a bit hard to explain, but scrolling just feels better than on a flat piece of glass. The curvature also allows for better pocketability, as it should conform better to your body (didn’t think I’d ever describe a smartphone like that). It also makes it a bit more comfortable when talking on the phone. Lastly, having a curved display adds to the “wow” factor, as it’s more a “just because we can” demonstration.

Now, aside from those observations, I see no other reason for a curved screen. There’s actually one disadvantage that I can think, which is that some things sometimes look distorted or slightly stretched, mainly in landscape orientation. Additionally, viewing video on a curved screen of this size isn’t a wow-worthy experience. 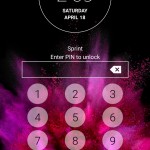 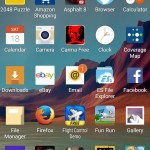 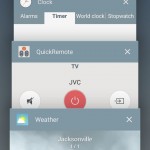 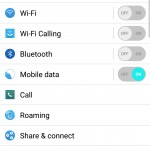 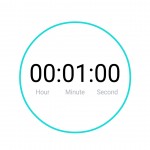 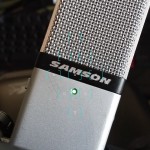 Lollipop has a lot to offer over the previous version of Android, known itself as KitKat. The main change includes various UI updates, but most of that has been replaced by LG’s own graphics. The icons usually use off colors, and just don’t seem very modern. Other LG interfaces don’t seem much improved over the prior versions either. Compared to other manufacturer overlays I’ve used, such as Samsung’s TouchWiz and HTC’s Sense, LG’s implementation seems less intuitive, slower and overall a bit dated. It’s just a weird mix of things that LG decided to implement in addition to Google’s “Material” design standards that don’t always work well together.

But that doesn’t mean it’s unusable, because it’s certainly fine to use. Much of the big features you’d find on other smartphones are here, such as being able to play a video in its own window on top of other apps, being able to run multiple apps at once, etc. But that’s about where the similarities and differences end. There really aren’t any software features that make this device stand apart. At least on other devices, you might have an even more streamlined interface, or maybe some hardware features that integrate well with various apps.

That may sound like it’s putting the G Flex 2 in a rough spot, but it shouldn’t, because the software is still able to get things done that you’d expect a smartphone to. It’s just that it doesn’t go far beyond that. Maybe LG’s upcoming G4 smartphone will offer more to differentiate itself, aside from hardware.

Like software, performance is a bit of a mixed bag. There have been many instances where doing simple things seem to lag behind the competition. For example, closing apps can feel slightly delayed. Even other simple things, like scrolling through a pre-installed app can sometimes seem sluggish.

Fortunately, most of the time, performance is fine, with applications launching quickly and performing well afterwards, including resource-intensive 3D games. I imagine software optimizations on LG’s end could help, but updates don’t come very often. 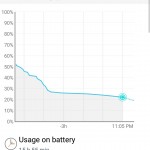 Despite having a hefty 3,000mAh battery, I felt as though battery life could’ve been better. Standby time has been quite strong, lasting throughout the week without having to be plugged in. When actually using it, it seems to decrease at a rate that’s noticeably faster than other, perhaps more better-optimized devices. For example, I can do email and social media checks over 4G LTE for just a few minutes, put the smartphone down for a while, come back, and it would’ve lost 5%. That might not sound like much of a decrease, but if you do small checks throughout an afternoon, you may find your battery to be lower than expected at the end of the day.

There is an energy saving mode, which reduces system performance in favor for additional battery. For most scenarios, I recommend leaving this on, as it does increase battery performance while not showing any real speed decreases.

But for those instances where you find yourself low on battery, you can recharge it very quickly. How fast? Enough to get a 50% charge in roughly 40 minutes, just so long as you don’t actually use it while charging, or else the current will go straight to your usage, not the battery. This is a very impressive feature, but one that’s found on many other newer smartphone releases from competitors. When fast charging, the smartphone itself will get quite warm.

One additional thing to note is that the included fast charger actually has a bit of coil whine to it, where the actual charger will put out a low volume but high pitched noise. I’m not quite sure if all of the chargers make this noise, but it’s actually quite noticeable. The noise stops as soon as you unplug the G Flex 2 from the charger. 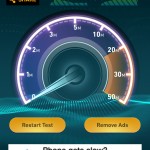 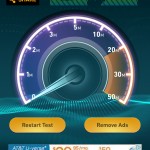 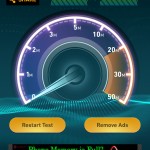 Call quality on Sprint’s network has been better than expected, but is of course dependent on your area and a wide variety of other factors. Around Jacksonville, FL, calls have always sounded loud and audible on both ends.

4G LTE speeds have never been Sprint’s strong suit, which I certainly noticed in doing raw speed tests. Real usage says otherwise, as web pages and emails usually loaded quickly, even when my speed tests were extremely slow. This was also the case while on their 3G network. Doing more data-intensive tasks, such as streaming video, could be problematic in those very slow areas, though. 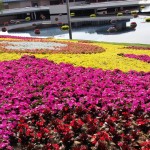 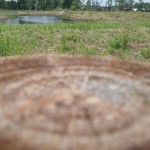 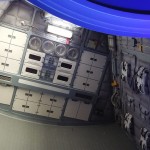 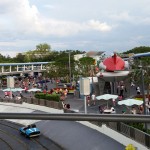 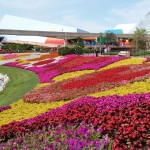 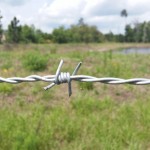 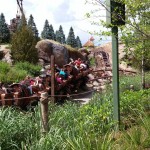 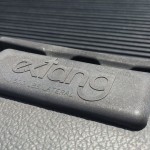 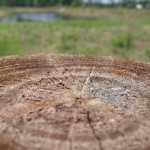 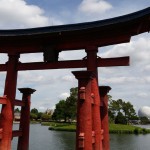 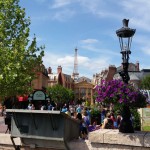 Of everything that the G Flex 2 has to offer, I believe that its camera is the best part. Shots with the G Flex 2’s camera are actually quite impressive, usually looking good regardless of the screen you view them on. The laser autofocus system certainly shines, as it focuses fast and accurately. The speed of taking photos could be faster, but maybe a software update could make for faster performance. Interestingly, taking photos using the high dynamic range mode is just as fast as taking normal photos while offering a more compelling image. Video looks smooth and sharp, with audio quality being good as well.

The software side of things for both photos and videos is extremely simple, to the point where you’re even unable to manually adjust things such as white balance and exposure. Some of the things that you do have control over includes adjusting the size of the photo or video as well as triggering the grid.

There’s certainly a lot to like about LG’s G Flex 2, but it also has its disadvantages (as with every other smartphone). While minor, I found most of the annoyances within the software. A nice software update should offer optimizations and fixes, but there’s no telling when we’ll see it from LG and the carriers. Still, none of them are enough to keep you away from the device. Its design is absolutely brilliant and unique, offering an average set of features on the software side of things that are enough to get what you want to do done with ease.