Intel has an interesting piece of tech called the “Compute Stick,” announced a few months ago at CES, that is now available for pre-order. It’s a small stick that plugs directly into an HDMI port on your monitor or television that runs a full version of Windows 8.1 or Linux. Once you connect a Bluetooth or USB keyboard and mouse to it, you now have what’s essentially a full-on computer, all powered by an HDMI port. Aside from Bluetooth, it has a quad-core Intel Atom CPU, Wi-Fi, 2GB RAM, a full-size USB 2.0 port, a micro-SD card slot and 32GB of integrated storage. The price for the model with Windows 8.1 is $149.99 while the Linux version is $40 less at $109.99. Both models can be found on Newegg (Windows model | Linux model) with release dates set for Friday, April 24. At these prices, this can make for one of the best streaming media sticks out there. Unlike existing streaming media boxes and sticks, you aren’t limited in terms of what content you’ll be able to play on it, as it runs full, unrestricted operating systems. I personally think that practical miniaturization of technology is interesting, so a small device like this is very impressive. Thinking of getting a Compute Stick? Or maybe not? Leave your thoughts in the comments below. Also below are some additional product images. 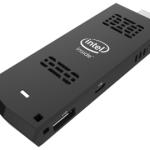 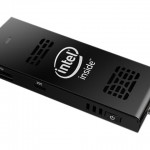 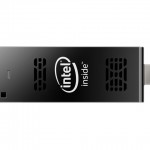 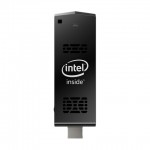 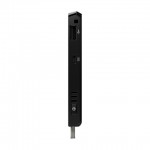