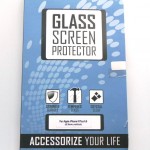 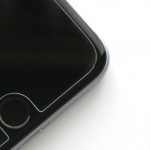 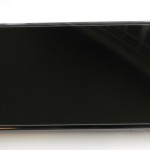 Before we get into the screen shield itself, let’s talk about what comes included with your $7.95 purchase. Fortunately, everything that you’ll need is provided to you, including an alcohol prep pad, a small squeegee, a few home button covers (pointless for the iPhone 5s/6/6 Plus, assuming you actually want to use Touch ID), a microfiber cloth, a large piece of tape and, finally, the screen protector itself.

Interestingly, the screen protector came in a small pouch (as shown in the large photo gallery above) that mentions “GLAS.tR” several times. The GLAS.tR is actually a popular, more expensive screen protector from a competitor of MPERO’s. Could MPERO’s screen shield actually be a re-branded knock-off product? Let’s ignore that for now, as you’ll soon note that, given the price of this one, that that actually doesn’t matter.

Installation is typical, requiring you to clean your screen first. This is done by first wiping down your screen with the alcohol prep pad, cleaning it off with the microfiber wipe, and then using the tape to remove any remaining pieces of dust. For the latter, I recommend using a few pieces of your own tape, as it will probably be much stronger. Afterwards, the real installation process can begin.

There’s only one protective layer on the screen protector itself, so once you peel that off, you can carefully align the screen protector over your iPhone 6 Plus’s screen. One thing to note is that this screen shield doesn’t fit the curved nature of the screen itself, but it does a good job at covering the majority of the screen. Once it’s aligned, drop the screen shield down, and the air should work its way out. You can use the included squeegee to remove any remaining air bubbles. If you see actual pieces of debris, you should be able to actually remove it, use tape to remove the debris, and try it again.

Unfortunately, because of the curved display itself, there’s a thin line of air around the entire outer portion of the screen protector. At first, this was a bit of an annoyance, but I was able to get over that rather easily.

After five days of use, I was quite satisfied with how it performed. While the packaging mentioned the screen shield being resistant to fingerprints and smudges, I didn’t notice much of that, but they can easily be wiped away. The cutouts aren’t bad, though the upside-down U-shaped cutout for the home button isn’t as smooth as other screen protectors that I’ve used in the past.

Aside from the minor issues mentioned above, considering the price of this screen protector, it’s a fantastic deal, and is well worth the sub-$8 price.