I’ve always liked Urban Armor Gear‘s cases, as they’re tough and priced reasonably. That’s all still the case with their iPhone 6 Plus model, available in several color options for $39.95 a piece. 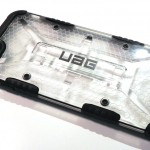 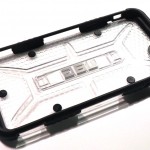 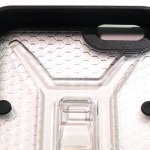 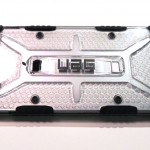 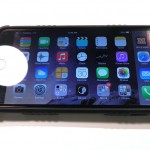 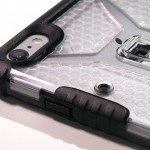 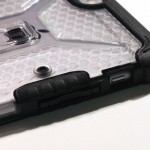 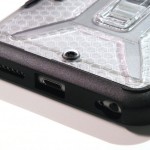 One thing I appreciate is the consistency of UAG’s smartphone case designs, as they’re typically similar across all smartphones that they offer cases for. The iPhone 6 Plus case very much resembles that of the iPhone 5s model, which I enjoyed quite a bit.

Included in the rather oversized packaging is the case itself as well as a screen protection kit, which itself includes a screen protector (which I used and found to be quite decent), microfiber cloth, some instructions and a small card that acts as a squeegee (for those air bubbles).

The clear case is called the “Maverick,” while the other color options each have their own names. All the black material is thick, tough TPU while the back is made of tough polycarbonate (?). UAG calls it all an “armor shell and impact resistant soft core.” UAG also says that the case “meets military drop-test standards (MIL STD 810G 516.6),” which tests drop and shock protection. I prefer glossy materials to matte ones, as I feel as though it gives me more grip. The black ridged portions along the sides further add to the grip. As an added bonus, there are 4 raised pieces of material on the back to keep the phone planted on a surface in addition to keeping the back from touching anything.

Its design represents something that looks tough and rugged, which the case certainly is. I have no worries whatsoever when my phone falls onto the ground while it’s in this case. It’s also fairly functional, with clicky, easy-to-press volume button covers (though the power button one is a bit “mushy” when it comes to click) and large cutouts throughout (I would’ve liked seeing a slightly larger Lightning port cutout). Interestingly, there are two holes on the back of the case to the left and right of the UAG logo. Nobody seems to know what these are for (perhaps some accessories later down the line?), but they do expose the back of your phone. In this case, they expose a portion of the Apple logo as well as a portion of the metal backing.

Ultimately, the Urban Armor Gear iPhone 6 Plus case has been great to use. It looks nice while offering plenty of protection for a device this large (and expensive). It’s still early when it comes to iPhone 6 Plus cases, but this one doesn’t disappoint.