Priced at around $10 is EMPIRE’s “Gruve” TPU case for the iPhone 5/5s (EMPIRE | Amazon), also available in a wide assortment of colors. 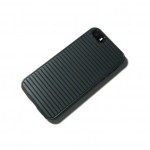 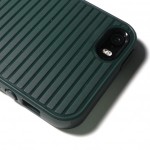 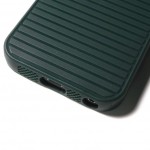 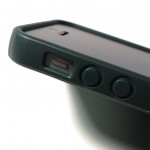 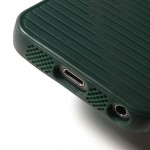 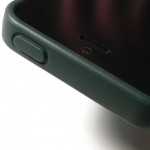 For your money, expect some included extras, which includes a clear screen protector, a microfiber cloth, as well as an applicator card/squeegee. There’s quite a bit of value here, considering everything you get. Many companies are reluctant to include such things, despite how cheap they are to include.

The case itself is, for the most part, a typical TPU case, which is partly why I like it so much. There’s nothing special in the way of features, except for the ridged back for design, which explains the name of the case. You’ll find a fair amount of lay-on-the-table design on the front, as well as an average amount of lip, where the case’s material comes up and over the front glass just a bit. The sides provide an ample amount of grip, which was nice to see.

Taking a basic tour of the Gruve, you’ll find a few button nubs for your two volume buttons. They’re fairly easy to press, but do take away from the feedback just a tad, and the same goes for the power button at the top. The silent switch cutout is rather sizable and easy to access. Along the bottom are perforated areas for your microphone and speaker, and somewhat large cutouts for your Lightning port and 3.5mm headset jack. For anybody who’s wondering, the bottom of the case will only sag if you start yanking on it. Otherwise, that area’s fairly stiff. The back features a well-sized cutout for the camera area, and doesn’t impact the LED flash when taking photos.

All told, this is a fantastic and simple case that features a neutral design at a very affordable price. The included extras add to the overall value of the package to where I can easily recommend this to anybody who wants some protection, without overdoing it, at a low cost.