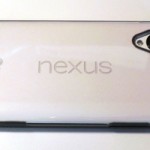 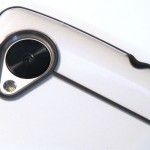 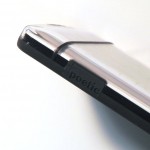 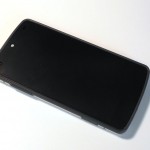 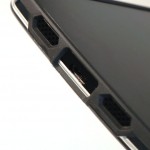 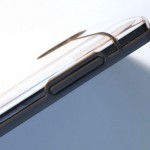 Like most recent smartphone cases, this one is made out to be rather minimalistic, which many might appreciate. The Atmosphere is made up of two materials, mainly clear polycarbonate as well as some black/grey TPU along the edges and back a bit.

One big difference between the Nexus 5 Atmosphere and the iPhone 5/5s model is that the latter of the two uses “frosted” polycarbonate as opposed to clear polycarbonate. I much prefer the frosted model, as it can greatly reduce the number of visible scratches and fingerprints throughout the case. The Atmosphere for the Nexus 5 doesn’t defend against those things at all, but better the case than your phone, right?

The rest of the case is rather standard, with volume rocker and power button covers that can be found on the left and right sides, respectively. Where these covers fail is in the feedback department. In other words, the covers have practically no “click” to them whatsoever, and are rather hard/stiff to press. Many other users experienced something similar. It’s often difficult to tell whether or not the buttons were pressed; it just takes too much effort to press the buttons to make sure that the presses were registered.

Continuing on, there’s a well-sized cutout at the top for the 3.5mm headset jack, as well as three cutouts at the bottom for your micro-USB port, speaker and microphone. Lastly, on the back, you’ll find the cutout for the rear-facing camera and LED flash.

If you can look beyond the stiff button covers as well as the scratch-prone polycarbonate finish, it’s not a bad case. It fits around the Nexus 5 perfectly, and adds very little bulk. I imagine Poetic will request manufacturing modifications to better accommodate the buttons, but there are many other cases within the $10 price range to consider at this point in time.