Shortly after iOS 7 was released, the T-Mobile 15.1 carrier update was pushed out OTA. No changelog was supplied, so carrier guru @joe012594 dug right into it, and the findings were somewhat interesting. Carrier updates usually provide enhancements, fixes and sometimes new features, and since T-Mobile is the last of the “big four” major U.S. carriers to receive the iPhone, it’s interesting to know what changes have been done.

Note: it’s best to read the below information with a grain of salt, as some might not actually be accurate. 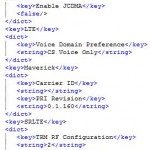 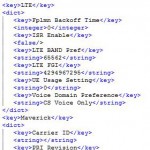 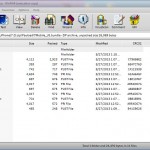 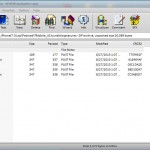 The big benefits to this update is added security and encryption while on the network with the iPhone 5, the new remote method to adding HotSpot/tethering plans without the need of calling it in, and added support for the iPhone 5c and 5s. The downside, though, is the clear absence of  HD Voice support in these great new devices and the removal of IMS in all devices, which typically enables things like FaceTime over cellular and HD Voice. Now, Apple could’ve moved IMS, however, I find that highly doubtful since some carriers actually use it and some do not. Moving it would place it in the OS itself and enable FaceTime over cellular by default when some carriers do not have the network capacity for it.

Some exciting things to see is the clear difference of LTE band preferences in each device. The iPhone 5 still has its same LTE band preference (AWS 1700/2100 preferred) while the 5c and 5s, both of which have had a major overhaul in LTE band support, lack any band preferences for LTE. This could mean it was left out in the 2 devices to support new bands/frequencies in which T-Mobile may start using soon that the iPhone 5 did not support previously, though this is speculation at this time until officially announced.

Overall, this update has some useful new features, but those are very easily outweighed in the lack of HD Voice and IMS services, a clear indication that the update wasn’t finished for the 5c and 5s, as well as the lack of little things in the 5c and 5s needed for a more stable HSPA+ or LTE connections such as HSDPA defined category, HSUPA defined category, LTE FGI (Feature Group Indicator), LTE UE Usage Setting (tells the device what services it can allow over LTE), and the lack of UMTS AMR Codec 13 (HD Voice). I’m confident, though, that the T-Mobile team is aware of this issue and will fix it soon. After all, iOS 7 just came out yesterday as well as the carrier update. Hiccups in brand new software releases are to be expected.