2013 is shaping up to be another great year full of amazing gadgets that will blow you away. Some crackers have already been released and we’ve still got some to go, so let’s take a look at a few you might want to take home this year.

It seems like gadgets are getting better and better every year. 2013 is definitely going to be exciting and if you want these gadgets you better start saving up now. Luckily some haven’t been released yet, so you still have some time left. 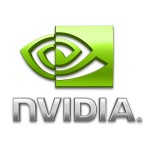 This great gadget should definitely become one of the highlights of the year and it will redefine gaming on the go. It’s an android gadget that looks like a games console controller with a little screen popping out the top of it. The battery lasts for hours and you can even connect it to your PC though Wi-Fi in order to play all your best games without getting out of your chair. It might just alleviate boredom for good, so keep an eye out for it hitting the shelves.

Cambridge Audio is an expert in beautiful speaker design mixed with high quality, so it’s no surprise the Minx Air is great. You can play music from any device in your home, so if you want to play it from your phone you can. It will even let you use your phone at the same time, so you don’t need to leave it sitting there when you’re listening to your favorite songs. I know lots of people love listening to the radio, so you’ll be happy to know you can do that too. 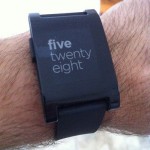 The Pebble watch is really taking things to the next level and it’s a sign of how things are going to be in the future. I want to call it a watch, but it’s more like a little computer and you can hook it up to your smartphone. It will then inform you when you have an incoming call or a message. You can also turn it into an MP3 player for on the go entertainment, and you can download different watch faces for something a little different. It recently got funded on Kickstarter and you won’t have to wait long to see it in the shops.

We’ve been used to newspapers for so long and everyone thought tablets might take over, but did we come to that conclusion too soon? The PaperTab is in development at the moment and it’s almost like a newspaper version of a tablet. If you want to fast-forward a video you can bend the tablet. Just touch it against another one if you want to share a PDF. Hopefully when it’s released it will become the ultimate document reading device of the future. 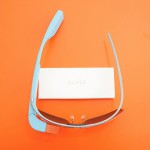 We’ve been talking about these for years, but I think it’s okay to mention them one more time because it’s getting closer and closer to the day we’ll see them in the shops. A few lucky people who applied to be GG explorers are now testing them out. You will feel like you’re living in the matrix because you’ll be able to command your glasses to take pictures, send emails, and a huge bunch of other stuff using the power of your voice. It’s definitely a game changer. 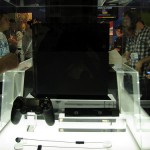 Sony might have sneaked in ahead of Microsoft, so when the two consoles come out you will probably see the PlayStation 4 taking the crown. It’s not long now and I know you’ve been waiting a long time for this one. Console gaming has been on the decline for the last number of years, but the PS4 is sure to give it a great boost. You can be sure it’s going to be faster, sexier, have better graphics, and there is also a nice new controller to play with.

The author of this post, Jenny Wadlow is a freelancer and is part of the team at VMedia Inc., a company that provides Indian and Chinese TV channels online in Canada. She has a keen interest in technology and enjoys sharing her ideas via blogging.