If you’ve ever found your MacBook Air to be low on internal storage space, swapping out the SSD with a larger one sounds like a good option. Sometimes, though, third-party solutions can be quite problematic. With OWC’s 240GB Auro Pro 6G SSD for the mid-2012 MacBook Air (Amazon), that’s quite the case.

When I first received my review unit back in September, it was dead on arrival, meaning that the drive wasn’t detected at all; it was dead and useless. I was already a bit worried about OWC and their reliability, but I decided to give a second review unit a try. Fortunately, this one worked fine, but only for a while.

Roughly a month after using the second review unit, it died. I was in the middle of using my MacBook Air when it happened. At first, clicking on things would result in nothing. Next, my cursor would stop moving. Finally, the music that was playing from iTunes at the time would cease playing.

However, while the drive was working, it was working really well, with performance numbers just slightly off those of the original Apple/TOSHIBA SSD. You’ll find some basic ATTO results below, which were done inside of Windows 7 via Boot Camp on my mid-2012 13-inch MacBook Air. 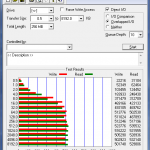 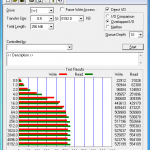 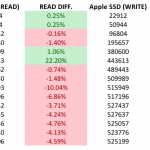 After I did a hard reboot of my MacBook Air and booted from a Mountain Lion USB drive that I had, I noticed that the SSD was completely missing from Disk Utility, similar to how the first review unit was. Ultimately, I lost a fair bit of data, so this would be a good time to remind you all to backup your data on a regular basis.

After contacting OWC about this situation, the reply that I received was quite t