Roughly 4 years after the release of the Slingbox PRO-HD came the new Slingbox 350 and 500 units. With them came a number of design and performance improvements to really step things up a bit. For those who still own a previous-generation Slingbox, what are the real differences?

In terms of design, the Slingbox 500 is, at least in my opinion, much more attractive versus the PRO-HD. It’s new, it’s modern, and it’s different. In regards to dimensions, the 500 is just a tad bit shorter, but also not as long or as wide. Overall, the 500 is noticeably smaller than the PRO-HD. This could be a big deal, depending on where you plan on placing your Slingbox 500. It’s also noticeably lighter.

One thing that I’ve always been bothered by with the PRO-HD was its temperatures. Often, it could get unnecessarily hot, even when it’s not streaming. The 500, however, stays quite cool, which is great, considering the fact that it can stream much higher quality video than the PRO-HD.

Next, ports. On the PRO-HD, you get the typical set of component and composite video ins and outs, as well as the addition of S-Video, SPDIF, and coaxial. You also get a USB port, but there’s nothing that you can use it for. The 500 lacks S-Video, SPDIF, and coaxial, but you do get HDMI (crippled by useless HDCP, though), and a USB port that’s used for playing back your own digital media content.

Lastly, video quality. The Slingbox 500 can stream full 1080p video, while the PRO-HD does not. The 500 (and 350) also support streaming 60FPS video, which all previous models cannot do. Below, you’ll find some comparison video screenshots. The Slingbox PRO-HD and Slingbox 500 were daisy-chained together so that the exact frame is the same (paused the DVR). If the images are too big for your browser, use the CTRL+Dash or CMD+Dash keys on your keyboard to zoom out of the page. 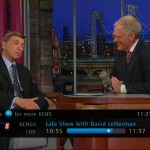 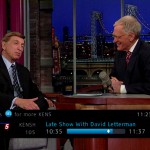 If you’re still debating whether or not you should upgrade, I believe that it ultimately comes down to if you’re still satisfied with your current Slingbox. If it still works fine and performs to your liking, then there’s no reason to upgrade. However, if you want a new box that looks modern and offers better performance, then it’s a worthy upgrade. The PRO-HD can be sold on eBay for a fair amount of money, which should easily be able to pay for more than half the cost of a new 500.