Joby is well known for its innovatively-designed tripods, and here at Gadget Unit, we’ve decided to put them to the test and see what all the fuss was about. For those of you who aren’t into photography, the tripod is an essential part of the photographer’s kit. It is mostly used to stabilize and elevate the camera and a range of its accessories. Most people, however, aren’t very into the idea of lugging around a big, obstructive tripod nor expensive DSLRs. Cue the Gorillapod Hybrid, which is designed for the everyday Joe and Jane and their smartphones. 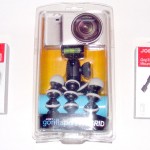 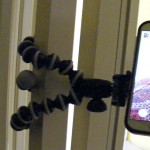 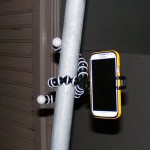 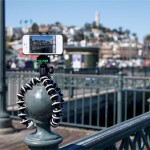 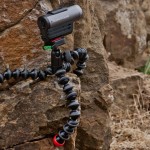 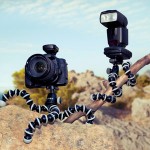 The Joby device is 33.5CM in length (13.2”) and weighs a reasonable 211 grams. The Gorillapod Hybrid is made of three legs made up of 9 ball and socket subunits, which allow the legs to take nearly any shape you give them. Each ball is lined with a rubber layer for increased grip and gives the Gorillapod a nice feel to it. At the top, the tripod has a standard mount (1/4”) which also comes with a quick release mechanism so that you can easily eject your smartphone. The tripod also has a 360-degree pan while the upper piece is capable of tilting 90 degrees in a 180-degree plane. Pleasantly, the ball and socket joints all fit into each other very well, which means that the legs and upper mount do not move unless a substantial, purposeful force is applied on to them. From my personal experience with the tripod, you won’t have to worry about connecting your smartphone and seeing one of the legs or mounts tilt from the position you’ve put them in. The Joby also has a bubble level which helps as a great aid in balancing the camera.

It’s All in the Legs

So why the weird legs? The interesting ball and socket arrangement of the legs aren’t just there for the sake of design. Their easily-adjustable nature allows the tripod to not only serve on flat surface, but on most other surfaces you could imagine. You can arrange the legs onto uneven terrain quite easily. More importantly, the legs are able to twisting themselves around objects. I tried attaching the Gorillapod to as many things as the legs could go around, including street poles, banisters, small trees and even my own arm. The rubber on the legs does a fine job of clinging onto anything. A gentle reminder would be that you should first attach the tripod and make sure its vastly secured before attaching your device to minimize any risks of accidents.

The GripTight mount is primarily designed for smartphones. Joby sent us two variants, which only differences were the size that they accommodate. The smaller one houses a device between 54-72 mm (2.1-2.8”) while the larger mount can handle a device in the range of 69-99 mm (2.7-3.9”). In real world terms, I was able to fit my Samsung Galaxy S4 with a Spigen bumper within the smaller mount and still have some wiggle room should I wanted to fit a larger device. The large mount could easily hold a Sony Xperia Z Ultra for those of you who are firm believers of the “bigger is better” mantra. For most users, I’d recommend taking the safer route, and buying the larger mount. Smartphone sizes are unlikely to trickle back down, so it’s better to future proof your decision.

The mount itself is foldable and actually very compact, made of a light plastic material and attached to the tripod via the standard tripod mount. Attachment was easy: simply slide the cusps apart, slide in the phone and let go. The mount ‘grips tightly’ to your device. Now when I say tight, I should ascertain, that I felt comfortable trusting my phone within its grasp. It didn’t appear to grip so tightly so as to risk any damage to the bodywork of the phone but firm enough to hinder your phone from fulfilling its freefall ambitions. If I had to nit-pick, I would point out that I observed slight wobbling in the larger mount but I would think that was only a very slight production error and nothing which would really ruin the experience. The smaller mount held on perfectly, without even the slightest sign of a wobble.

The GorillaPod Hybrid can be found on Amazon for approximately €30 whilst the smartphone mount is priced at about €15. While you may not be sure if you need a tripod, I’ve found that it is a very handy device. If you’re a frequent traveler or enjoy the outdoors, the tripod may be an excellent way for you to capture great images of what you see and yourself at an array of different angles. You can also visit Joby.com and check out some of the other equipment they have to offer, such as flashlights, GoPro mounts, camera straps and a multitude of different tripods to satisfy every niche. Let us know what you think of the Gorillapod Hybrid. Are you an owner? In the market? Have any questions? Just drop us a line below!