2015 is set to be an exciting year for anyone that has a passion for technology, as seemingly, old science fiction tales are slowly coming to life.

We may not be using lightsabers or travelling faster than the speed of light anytime soon, but the anticipated technologies of 2015 will have a large impact on how we live our everyday lives.

This blog is going to explore some of the most exciting, innovative projects set for this year. 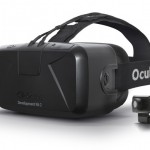 Virtual reality has previously only been the stuff of fantasies. Being fully immersed into an interactive world would be beyond anything we have experienced before, yet it’s looking like this technology might actually become a ‘reality’.

The Oculus Rift has a public release date of mid 2015 however this tech is in use in a commercial capacity as we speak, it lets people play games in a ‘first person view’ thanks to a special pair of goggles. As you turn your head in any direction, the in-game camera will also do the same, making you feel as if you’re actually there.

The goggles also provide a greater depth of field, which causes the game to feel like a real world scenario. 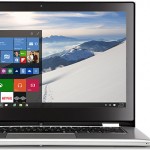 Windows 7 was one of the most functional operating systems available on the market, and people believed that the next upgrade in line would be even better. Unfortunately, this wasn’t the case, with Windows 8 disappointing many people with questionable design decisions more catered towards casual smart phone devices.

However, Microsoft look like they’re putting this behind them by skipping 9 and going straight to Windows 10.

Boasting a plethora of system enhancements, users can look forward to new and improved functionality. Windows fans can look forward to to the return of the infamous start menu, but this time incorporating the old with the new with the addition of the ‘tile apps’ for an easy and aesthetically pleasing user experience.

The Microsoft version of Siri, ‘Cortana’, will also be enabled across all devices, allowing users to control their tablets without lifting a finger.

This, plus all a lot of added benefits, including the fact that the upgrade is free to all Windows 8 users, means Windows 10 is both exciting and incredibly appealing. 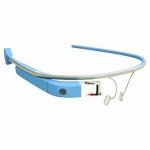 Google Glass has been one of the most talked about technologies in recent years, and it’s easy to see why. This is semi augmented reality that can do all the features of a smartphone, without having to divert your attention from day-to-day life. Yet despite the fact that you can no longer purchase Google Glass, the next generation is being released later this year and is aptly named Google Glass 2.

This may seem like a strange addition, but it’s important to remember that the first Google Glass was only beta software. It was used for testing, ensuring that the full product would be perfect. From improving the battery life, to more powerful hardware, there are ample welcome additions that come into their own with the Google Glass 2. There hasn’t been much information disclosed on the developments, but undoubtedly, the Google Glass 2 will be at the forefront of innovation this year. 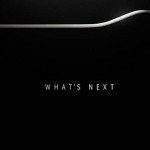 Samsung have proven to be a dark horse in the phone market, having their own following that rivals Apple. This year they will be releasing the Samsung Galaxy S6 and, interestingly enough, there are two designs currently being worked on with the final yet to be decided.

One version is very much like the Galaxy Alpha, sporting an all metal body chassis. The other is only half metal, with a plastic back similar to the Galaxy Note 4. Of course, not every detail has been announced yet, but rumours speak of a quad-HD screen, fingerprint scanners and more intricate touch technology. 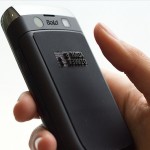 This is a piece of technology that has perhaps been hidden under the radar, but SkinDisplay text messages could change the way we use phones forever. SkinDisplay uses piezoelectric tech which effectively works to stiffen material. The result is raised up lettering on the back of a phone, similar to braille, that features the caller name and the reason why they’re calling.

There’s also a dot system for added urgency, with the scale working from one to three. This is perfect in those workplace situations where you shouldn’t pick up the phone but aren’t sure if it’s an emergency or not. RIM, the creators of BlackBerry, have already filed a patent for this technology, so few people know when the launch date for SkinDisplay will be released. 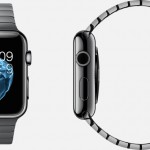 Apple are always looking to push the latest in technology from a technical and aesthetic standpoint, so it comes as no surprise that they’ve made a push into the wearable tech market. The Apple watch takes the technology seen in their smartphones and puts into a much smaller interface, making it much more versatile and easier to move around.

From gaming, appointment reminders, phone calls and even texting, the Apple watch is rather like having an iPhone, only less obtrusive. For people that are always losing their devices on a night out, this alternative could prove invaluable. 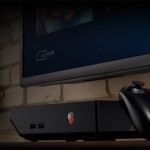 The next generation of gaming has definitely been interesting, with XboxOne and PS4 offering a way to game that’s more powerful than ever. Valve are well known for spending time and effort in perfecting everything they release, which is why there is such a buzz around their console: The Steam Machine.

Only small segments of information have been released to the public, but what we do know is already impressive. The main aim of the Steam Machine is to create a console that is close to being a PC, a bold statement indeed. Although technical specs haven’t been released yet, the controller has and it’s certainly “unique”.

Instead of physical control sticks, there are two touchpads that allow for increased sensitivity. The controller also includes regular gaming buttons and back triggers, but on the front there are four special squares that can be bound to any function you wish. It’s evident that they’re trying to cater to gamers of every genre because the precision is ideal for shooters, yet the additional keys can be used for MMO’s.

This is just a selection of technology that will be released in 2015. We’re incredibly excited, as every single one is unique in its own way. However, it goes without saying that technology is constantly being developed behind closed doors and at this level of innovation, we can’t wait to see what revolutionary technology will be making its debut next.

This blog was written by Rachel Jensen on behalf of ITR, an exhibition, event and equipment hire company.