A simple mouse swap can make a world of difference when it comes to PC gaming. You don’t necessarily need to spend much to make that happen, too. How does $6 or so sound? 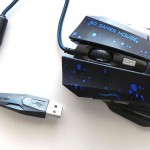 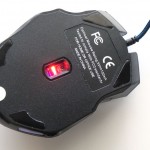 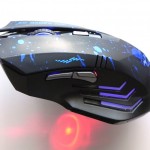 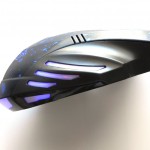 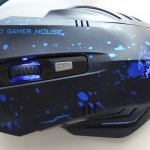 I don’t usually believe in the “you get what you pay for” saying, as that’s not true for many things, including this low-cost mouse. However, there were some things about it that prevented me from keeping it.

There are a number of sellers on both eBay and Amazon that sell it, but I ordered it from Amazon for $9.99 (at the time).

But first, let’s talk about the packaging. I don’t expect much from this type of product and its price. I wasn’t surprised to see that the packaging was just a simple box with the mouse inside. As it’s more of a generic device, there’s no documentation included. Then again, you shouldn’t need it, as the mouse is a simple plug-and-play product.

The design represents that of a typical gaming mouse, with a bit of an exaggerated design to set itself apart from a standard computer mouse. For buttons, you have your standard left and right click buttons in addition to backward and forward buttons on the left side. There’s nothing on the right. Of course, you have your scroll wheel, that feels great, in addition to the middle click. Lastly, there’s the DPI button, with three different DPI settings: 1000, 1600, 2000. I left mine alone at the lowest setting so that my mouse doesn’t move all over the screen with minor movements. All of these things worked just fine.

While the mouse itself does what it’s supposed to do, I found it to have a fair amount of input lag, enough to make general productivity (at a fast pace) somewhat frustrating. With input lag, I’m referring to the amount of time it takes for the cursor on your screen to move after you actually move the mouse itself. This was more noticeable in first person shooters, where accuracy and reaction time are very important. If you play games with vertical sync enabled, things could be worse.

The next issue I found was that it was a bit on the large side, and is often hard to get a good grip around. The matte material also made most of the body somewhat slippery. Furthermore, the weight of the mouse is rather light.

Finally, the mouse has some general tracking issues when moving around quickly. For example, in an FPS, if you want to do a 180 to look behind you, the mouse will act as though you only moved the mouse back and forth by an inch or so. You can really see this while simply moving the mouse to the left and right quickly. This makes a lot of gaming situations extremely frustrating.

While this seems like a good overall mouse, I can’t recommend it due to the issues listed above. If it was smaller, a little heavier, had no input lag and had proper tracking, then it would be an extremely good deal for a great mouse. It’s fine as a very basic, general mouse, so long as your requirements are low, but for anything more, it falls short. I’m not sure if mine was a fluke, but it’s since been returned to Amazon. If you happen to have a $6 budget for a better mouse for gaming, you may want to step things up to the $15 range where it looks as though there are some better options.