Protecting your smartphone doesn’t have to come in a bulky package, and the Body Glove TrackSuit case ($39.99 @ Body Glove, $44.99 @ Amazon) adds plenty of protection without much added bulk. 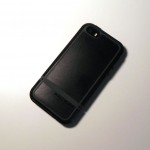 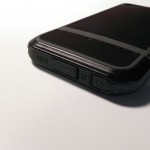 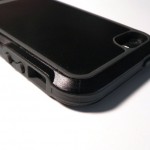 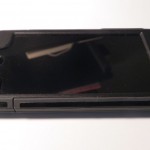 But of course, that’s not to say that it doesn’t add any at all, because this case certainly does, but it just isn’t nearly as much as many other protective cases.

For your money, you’ll be getting only the case itself, so don’t go expecting any screen protectors. That’s not a problem, since the case features its own screen protector that I’ll talk more about in a bit.

The TrackSuit is essentially a case within a case. The inner case is a unique snap-on shell that covers the front, but leaves the back exposed. This piece slides into the main portion of the case, featuring a hard outer layer and a rubber inner layer. This 360-degree protection is also said to meet full MIL-STD-810G military standards. As an added bonus, the bottom portion of this case can fold back, allowing you to easily place the phone into various docking stations. This bottom flap also contains integrated covers for the Lightning port and the 3.5mm headset jack.

Around the case itself are some rubber nubs for the volume buttons (a little more effort to press with less of a “click”), a nut for the power button (same situation), as well as cutouts for the silent switch (quite recessed) and camera around the back (just a tad bit too large, otherwise it’s a good size). The front cover has openings for your front-facing camera, earpiece and sensors. The integrated screen protector is okay and fortunately, there’s no small gap between the screen protector and your screen itself. If you use Touch ID, you’ll still be able to use it with this case, because the home button is cutout at the bottom of the screen protector. If you’d rather use your own screen protector, I don’t see why you wouldn’t be able to remove the integrated one without leaving many traces behind. I was able to use the anti-glare screen protector that I already had installed in addition to the integrated one.

The back of the case has an ever-so-slight curve to it, so the case should feel comfortable in your hand. And while there’s a rubber border along the back, the middle of the case is most likely what’s going to be touching your surface. In other words, the case will slide around a bit when on a table.

While the TrackSuit is a bit elevated in terms of price, the case’s features, design and amount of protection might make it worth it for a lot of people.