The first official unveiling of the Formula-e Spark-Renault SRT_01E car happened earlier today in Las Vegas, which also featured a test run of the car in a parking lot. 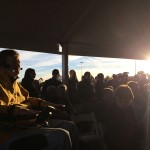 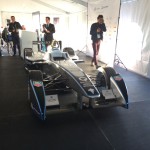 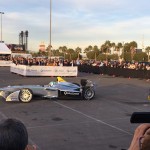 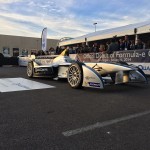 If you’re unaware, Formula-e is a new racing series founded by the FIA in close partnership with Qualcomm. The series is all-electric, where the cars put out zero emissions but can still reach [limited] speeds of up to 225KPH (140MPH). 10 races are scheduled for around the world, starting as early as September of this year. The maximum, limited power of the cars is up to 200kw, equivalent to 270bhp, with a “power-saving” mode of 133kw/180bhp. It’s said that the maximum power is available during practice and qualifying sessions. Safety is up to FIA standards.