China, earlier only a hub for manufacturing has now become a place where promising new brands are being born. Xiaomi, Gionee, Meizu and Oppo are some of such promising brands who are raising the bar in terms of providing great devices at low cost.

Is Xiaomi Focussing On Wrong Markets To Expand Further? 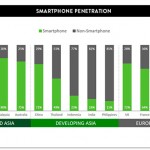 Recently, Xiaomi has been in the news for poaching away Hugo Barra, then Android VP in Google. Hugo Barra is now Xiaomi’s VP for global expansion. Although they’ve announced their plans to expand to Singapore and Malaysia, which are one of the world’s most saturated smartphone markets. Is it a wise decision to expand to already saturated markets instead of focusing on markets like India where there is a lot of scope?

According to IDC reports, India will become world’s 3rd largest smartphone market by 2017. Consumers in India are favour low-to-mid range priced smartphones. Xiaomi’s products are released on the same lines. Recently Xiaomi managed to sell over 330000 smartphones within a couple of days as a part of its ‘Flash Sale’ during China’s own version of Black Friday/Cyber Monday. 220000 of those devices were Xiaomi Hongmi and Xiaomi 2S which are low cost smartphones.

Gionee Is Hitting All The Right Notes At The Right Time

Gionee had already made an entry in India during 2012 Diwali festive season which is considered to drive huge sales across the country. Its first device in India was Dream D1 which targeted the Samsung Galaxy S3 with its HD Super AMOLED display, quad-core Cortex A7 processor and 8MP camera but failed to live up to sales expectations. It’s luck however changed with the launch of Elife E3 which offered attractive design, dual SIM card slots, quad-core processor, 1GB of RAM, 8MP camera great screen and latest version of Android. Where India’s own smartphone brands have very common uninspiring designs, Gionee brings forward colourful smartphones and sleek designs. 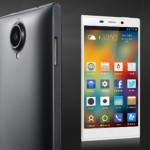 Recently, Gionee has officially announced the launch of Elife E7 in India. Against previous releases which competed with Indian smartphone brands like Micromax and Xolo, ELife E7 is launched with flagship devices in mind. It is equipped with fastest SoC available right now; 2.3 GHz quad-core Qualcomm Snapdragon 800. It has 5.5 inch full HD display, 16MP camera with 1/2.3 inch sensor, 2GB/3GB of RAM and 16/32GB of internal storage. With this kind of hardware, Gionee looks to compete with popular high end smartphones like Nexus 5, LG G2, Sony Xperia Z1 and Samsung Galaxy S4. It is believed that Gionee will release Elife E7 in the market at a price tag of INR 30,000 (~ $480) which is at least INR 10,000 (~ $160) lower than other similarly specced smartphones which gives it huge price advantage over others. Gionee mobile price tags are very attractive in comparison to international brands.

Gionee has also set up a good number of service centres further improving brand trust. There is a huge potential for a smartphone brand that provides better quality, inspires more brand confidence that local brands. Gionee has also made its entry in Philippines which has thin smartphone penetration, just like India and has lot of scope for business. Furthermore, Gionee is also expected to introduce a sub-brand named UINI which will focus on high-end devices. Yet another Chinese smartphone brand, Oppo who is known for producing great quality hardware is also looking to expand to India. It has recently released a camera centric smartphone; N1. It has also become first phone in the world to be powered with CyanogenMod out of the box.

If Xiaomi further delays the plan to enter Indian and other such markets, Gionee will succeed in capitalising on their delay.