As expected, Apple has released iOS 7 beta 2. In addition to the changelog that can be found below, Mac Rumors has outlined a number of visual changes that general users would like to know about. These can also be found below. In general, though, the more major updates in beta 2 include iPad support for the first time as well as the return of Voice Memos.

Again, these changes come courtesy of a post outlined by Mac Rumors regarding beta 2:

Welcome Screen: iOS 7 beta 2 introduced a new Welcome Screen that asks for an iCloud password, allows users to turn on iMessages and choose associated email addresses, and set up a passcode on the device.

Voice Memos: The Voice Memos app was missing from the first iOS 7 beta, but with beta 2, the app has returned and is now fully functional. 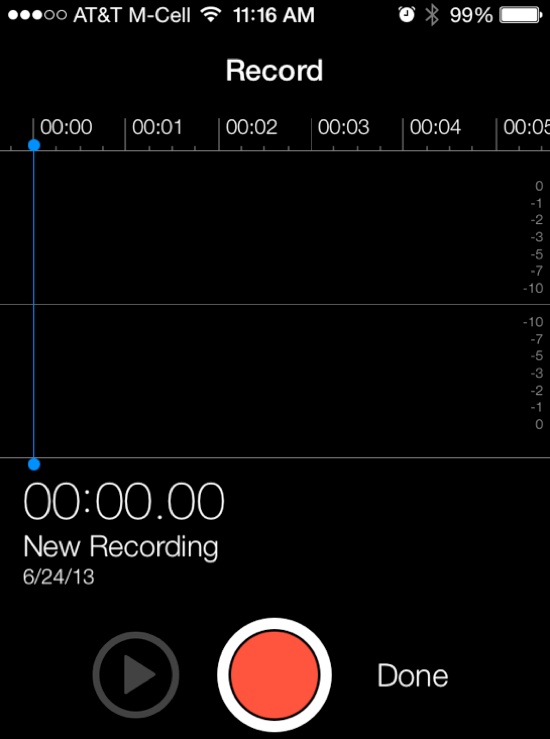 Find My iPhone: The Find My iPhone setting in iCloud now offers up new language that specifies that the app will help users “remotely locate, lock, erase, and prevent re-activation” of a lost iPhone.

Siri: Siri requests seem to load much faster with the new iteration of iOS 7 and there are also male and female voice options available. These can be accessed in the General Settings under the Siri heading, which offers a new Voice Gender option. While male and female voices have been available in other languages, this is the first time English male/female voices can be activated.

Control Center: Parts of the Control Center have had a slight redesign, with a new clock icon. The icon, which was previously dark, is now a simple clock outline.

Notifications: Some iOS 7 users were having issues with double notifications, which appears to have been fixed with beta 2.

Reminders: Reminders has had a slight redesign with a new list layout that is more compact than the previous layout, and a new clock icon next to the search bar will allow users to locate scheduled reminders. 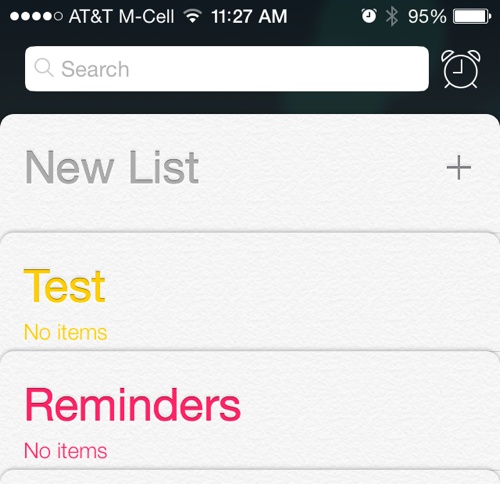 Spotlight: Searching via Spotlight is much quicker, with results being displayed almost instantaneously with far less of the lag that was present in the first beta.

Messages: The Messages “Send” button is bold and turns green or blue when text is typed. There’s also a new bubble animation shown when messages are sent. Swiping to the left on a message will display time stamps. Group chats in Messages also display contact photos next to texts.

Music: The music app has seen a number of bug fixes to correct interface errors and other issues. Lock screen album art has also been repaired for the iPhone 4/4S.

Weather: In the weather app, a new icon on the bottom right of the screen brings up a listing of the weather in all of the cities tracked in the app. 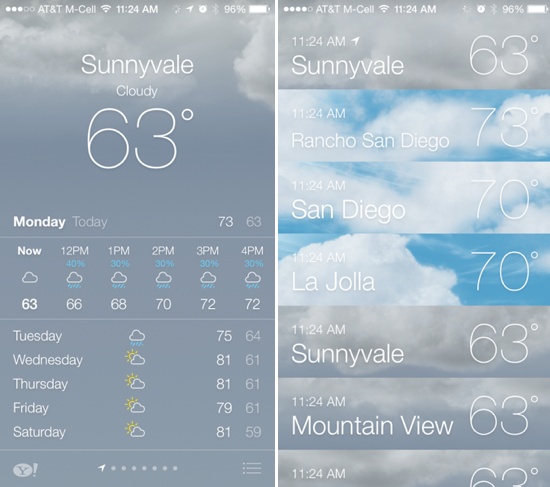 Multitasking: Swiping up to close out apps works much more smoothly on the iPhone 5 following the update to beta 2.

iOS SDK 7.0 provides support for developing iOS apps, and it includes the complete set of Xcode tools, compilers, and frameworks for creating apps for iOS and OS X. These tools include the Xcode IDE and the Instruments analysis tool, among many others.

With this software you can develop apps for iPhone, iPad, or iPod touch running iOS 7. You can also test your apps using the included iOS Simulator, which supports iOS 7. iOS SDK 7.0 requires a Mac computer running OS X v10.8.4 (Mountain Lion) or later.

Contacts Only support requires that:

Occasionally, AirDrop will exhibit unreliability in discovery and/or data transfer to peers over Wi-Fi.

AVCaptureSession is unable to produce samples to its AVCaptureAudioDataOutput when the app is running in the background.

Edits made to iCloud Calendar events off-device will not push to the device.

Workaround: Update the calendar manually or trigger a fetch by modifying an event on-device.

Support for Car Display will be provided once compatible systems are available.

Some high-resolution photos will not sync (via iCloud and other services) when set as a Contact’s Caller ID photo.

Workaround: Use a lower-resolution photo.

When the UIViewGroupOpacity key is not present, the default value is now YES. The default was previously NO.

This means that subviews of a transparent view will first be composited onto that transparent view, then the precomposited subtree will be drawn as a whole onto the background. A NO setting results in less expensive, but also less accurate, compositing: each view in the transparent subtree is composited onto what’s underneath it, according to the parent’s opacity, in the normal painter’s algorithm order.

Moving data from a local sandbox to iCloud using migratePersistentStore causes a crash. Instead, manually migrate the data store by iterating over the objects in the local data store file.

MPMediaPickerController has been disabled for this seed. It will immediately return as if the user canceled the selection.

Newsstand background downloads that use HTTP basic or digest authentication will prompt the user with authorization alerts (NSURLConnectionDelegate callbacks for connectionShouldUseCredentialStorage andwillSendRequestForAuthenticationChallenge are not called correctly).

Due to changes in how the isa field is implemented, *self may change during enumeration (for example, if the container is retained).

In previous versions of the iOS SDK, Passbook did not validate the backFields on passes completely. This has been corrected, but it means that some passes added on iOS 6.0, 6.1, and iOS 7.0 Seed 1, will be invalid on iOS 7 Seed 2 and later. The validation rules have not changed, it was just a a bug in validation in previous implementations. If you have a pass that you were previously able to add to passbook, but no longer can, watch the console log for more than one field that has the key NAME. Field keys need to be unique.

Reminders may become unusable after the user creates a new list.

Changing the Require Passcode time setting after a restore from backup will require a reboot for the change to take effect.

In Notification Center, when selecting an alert style for an app, the examples for None, Banners, and Alerts are not displayed.

In General > Background App Refresh, the per-app settings are not honored.

After erasing the device from Settings > General > Reset > Erase All Content & Settings, CrashReporter logs will no longer be copied from the device to the computer.

Workaround: Restore the device from an IPSW instead of using Erase All Content & Settings on the device.

This seed includes development versions of new male and female Siri voices for U.S. English and French, and a male voice for German.

When using the iOS 6.1 SDK on OS X v10.8 Mountain Lion, if you use the iOS 5.0 or iOS 5.1 Legacy SDK in iOS Simulator, you will not be able to use Twitter features: attempting to sign in to Twitter via the Settings pane will fail, and Twitter.frameworkwill not work correctly. If you need to test Twitter features, you will need to choose either an iOS 6.1 or iOS 6.0 Simulator run destination, or you can test with iOS 5.x on a device.

+[AVPlayer playerWithPlayerItem:] returns an AVPlayer object, but the current item will return nil if the player was created on another thread.

The Wi-Fi sync option in iTunes is checked, but Wi-Fi devices do not appear in iTunes.

Workaround: On OS X, install the iOS 7.0 SDK after installing iTunes. Wi-Fi sync is not supported on Windows.

Personal Hotspot (Internet Tethering) will not work if this seed of iOS SDK 7.0 is installed.

The VoiceMemos app is now included.

Reminders does not work with VoiceOver.

Weather conditions are not animated on iPhone 4.

When scrolling a page with animations, the animations stop and do not resume when the scrolling has stopped.