Similar to previous releases of Call of Duty downloadable content packs, the first DLC pack is expected to be released on the 29th of January, according to a leak that was first found on Reddit. Below, you’ll find all of the images taken of the poster. 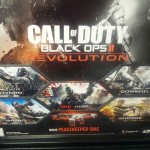 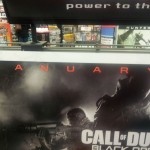 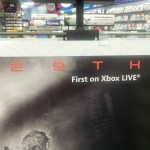 The leak shows a poster ad at a GameStop location, displaying 5 new maps, as well as a bonus weapon. The five maps are called Hydro, Grind, Die Rise, Downhill, and Mirage. Whether or not this is legitimate is unknown at this time, but there’s nothing to really say that it isn’t. It should be released for the Xbox 360 first, with a PS3 and PC release to come soon after.