While there are many different styles of drive enclosures, the “pure plop” by stockplop undoubtedly offers the simplest design of them all. This external hard drive and solid-state drive enclosure uses a fully-anodized aluminum body with easy “plop-in” drive insertion and removal. Those interested can give into stockplop’s Indiegogo campaign, where $32 will get you the pure plop while $42 gets you a version with a wooden inlay. 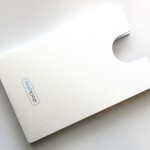 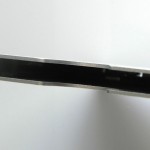 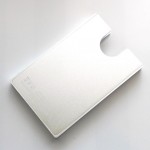 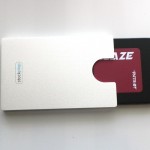 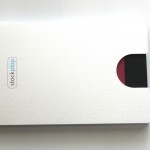 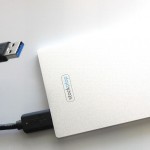 In addition to the pure plop, your purchase includes a relatively short USB 3.0 cable. There’s no user manual, as there’s no need for one for this type of product.

The pure plop supports drives with a maximum height of 7mm. Almost every 2.5-inch SSD is 7mm, while many 2.5-inch hard drives (the ones typically found in notebooks) are 9.5mm (though they are slowly being phased out for 7mm models). The actual internal SATA interface is SATA III (6Gbps). Unlike most enclosures, the drive happens to support the USB attached SCSI protocol, or UASP for short. UASP is only supported by a handful of motherboards, though it does improve performance in certain scenarios. My motherboard doesn’t support this, so I was unable to do tests with UASP on and off.

If you couldn’t tell from the photo gallery above, the pure plop offers an extremely minimalistic design. One end contains the open area for your drive, while the other end contains the USB 3.0 port and blue LED indicator for drive activity. There’s some minor branding on the front and some basic FCC labels and other information on the opposite side.

For my testing, I used a Patriot Blaze (240GB, SATA III 6Gbps) SSD. When inserting the drive, there were some minor difficulties when sliding it in, though it eventually slid into place while receiving a slight click.

The SSD was detected immediately upon connecting it to my MacBook Air in addition to my Windows 8.1 desktop, both using USB 3.0 ports. Performance was excellent across both machines.

To see the maximum, raw performance numbers, I used the ATTO Disk Benchmark tool. The SSD saw maximum read speeds of 552MB/s and maximum write speeds of 531MB/s. Speeds weren’t quite as fast when using the pure plop, but they were still plenty speedy and saw 336MB/s read speeds and 200MB/s write speeds. As an additional comparison, I did the same test using an older SATA II (3Gbps) USB 3.0 enclosure that I’ve had for a few years. It saw read speeds of 255MB/s and 194MB/s write speeds. Despite the generation difference with the interface, these speeds aren’t too far off. This may just be a bottleneck with the USB 3.0 interface. 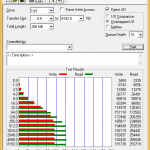 While its price is a bit higher than other enclosures that can ultimately complete the same job, the pure plop delivered great speeds in a simple and fantastic looking package that those who appreciate good design will come to love.