If you’re still looking around at a case or two for your new HTC One (M8), Incipio has several options to choose from, including the DualPro SHINE, NGP and Watson. All three of those were sent over for review purposes. If you stick around, maybe one will be given away to one lucky winner? 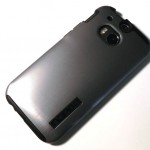 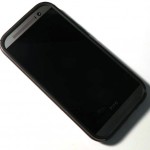 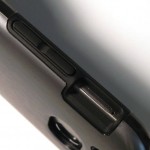 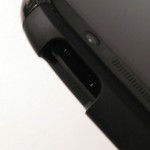 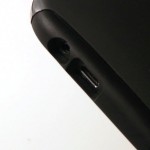 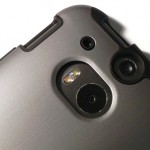 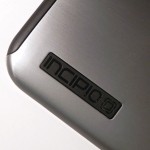 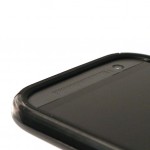 First up is the DualPro SHINE. As the name suggests, it’s a dual-layer case, meaning the case consists of two different pieces. The first layer, the one that the M8 installs into, is made of a thick, durable TPU material that Incipio calls the “dLAST core.” The second layer, the one that goes around the TPU layer, is a plastic frame that has a brushed aluminum finish to it. While the design is quite nice, it does lack a bit of grip. There is a lay-on-the-table design, though.

Installation is pretty easy. The tricky part is removing your phone from the case, requiring you to use your nails in addition to some raw force. I can’t imagine anything ever happening to the phone, however.

Oh the three cases, I like this one the best, due to its nice design. I just wish that the outter piece had some sort of grippy coating on it to help with its lack of grip. 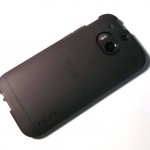 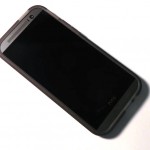 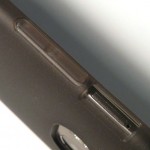 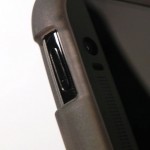 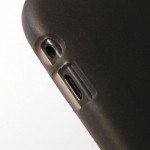 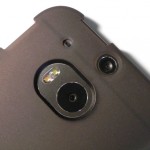 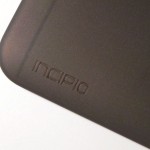 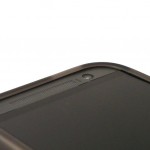 Next is the NGP, a very simple, straightforward TPU case that’s available in four different colors. I received the “translucent mercury” to review, and it allows you to see some of the back of the One itself. Incipio calls the material that the NGP uses “Flex2O.” The overall design is a bit plain, but a lot of people probably won’t mind. Like with the DualPro SHINE, you have a good amount of lay-on-the-table design.

Installation is very simple, as is the removal. Both can be done in a matter of seconds, and neither require any amount of force.

I appreciate simple cases, but this one is a bit too simple. It’s also very slippery, the worst of the three. You should get a good amount of drop protection, though. 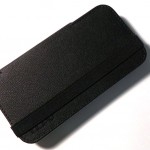 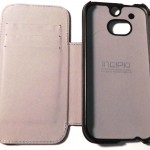 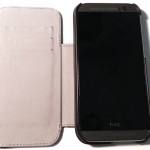 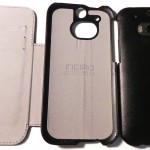 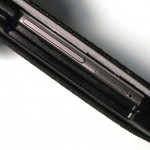 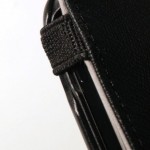 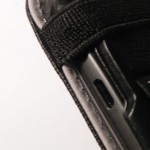 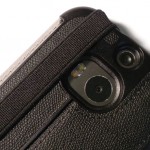 Last up is the Watson, a case that’s noticeably different than the first two. That’s because this is a wallet folio case with a removable protective.  What the latter means is that your phone installs into a case that itself can be removed, as shown in the review video and photos above. That particular portion doesn’t offer much in the way of a lay-on-the-table design, and is essentially a simple snap-on back shell that actually offers more grip on its own than the first two cases.

The installation process is very simple while the removal process is the complete opposite. This is because of how difficult it is to actually pry the case away from your phone. It requires quite a bit of force, and you may sometimes be better off just leaving the phone installed for a while. It’s so difficult that you might end up doing some damage to the phone.

The Watson uses a leather exterior and a microsuede interor which both help with design and protection. Along the inside of the front cover are three slots for, for example, a membership card of some sort and a credit card. This is great for wanting to go somewhere fast without wanting to lug around a separate wallet in addition to your smartphone. The front cover itself has a strap that wraps around the back of the case to keep the cover closed. In addition, the front cover works with the One’s sleep/wake feature. Open the cover, and your screen turns on. Close the cover, and the screen turns off.

The case portion that your phone installs into has long cutouts along the top, right and bottom edges to allow for easy access to the respective buttons and ports. The back also has your cutouts for both cameras, the LED flash and the rear microphone.

While I’m personally not a fan of these folio cases, this one isn’t bad, and is certainly high quality. My main issue is that removing your phone from the case as whole can be very difficult, and I’m sure that there are options out there that are look just as good, offer just as many features, but are easy to remove your phone from.

As mentioned in the intro as well as the video review, there is a giveaway! One (1) case will be given away to a random winner. Simply enter using the Rafflecopter widget below. The giveaway will run through Sunday evening, after which a random entry will be chosen and contacted. The winner will then be able to pick one any of the three cases in this post to receive as the prize. The giveaway is only open to residents in the US, due to high international shipping costs.