While many may use traditional desktop speakers for gaming, a proper headset can make the entire experience more enjoyable by offering sound that blasts directly into your ears. The Siberia Raw Prism is SteelSeries’ lowest-end gaming headset, as part of their recently-refreshed line of headsets. Don’t let that bit of information fool you, as the Raw Prism, at $59.99 (SteelSeries | Amazon), performs quite well without overdoing things in terms of design and features. 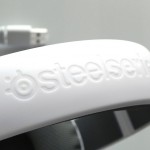 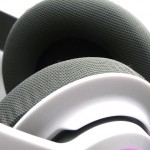 The design of the headset, as SteelSeries claims, is very clean and straightforward. Smooth white plastic is the primary outer material, while soft mesh cushioning keeps the headset planted on your head without you really noticing it’s there. While the over-the-ear design did keep things mostly comfortable, things could’ve been better, but I’d imagine that SteelSeries wanted their higher-priced models to be where the real comfort is at. Still, though, they were fairly comfortable, but weren’t the most comfortable headphones in the world, either.

On the left headphone, you’ll find the non-removable USB cable as well as a tiny microphone that sticks out of the headphone itself. Audio quality from the microphone was rather decent (audio sample within the video review above), being loud (as reported by people in games) and clear enough for people to understand what was being said. On the opposite headphone, you’ll find a large and clicky mute button to mute the microphone. I would’ve loved seeing volume buttons, but those just seem like more things to put into their upper-end products.

Kudos to SteelSeries, who opted for LED color rings on both headphones, which complement the white-on-gray color scheme very well. Using the SteelSeries Engine 3 software, available for free for both Windows and Mac OS X, you can choose to keep the color solid, fade between one of several preset color choices, or just turn them off. The software also allows you to set presets for individual games, in addition to adjusting the equalizer.

Audio quality was good enough for me to use the headset for things other than gaming, such as listening to music and watching TV shows. Being able to hear which direction things are coming from while gaming took things to a new level, while being fine for listening to music made it a good universal audio device. The mids and lows I found to sound good, while the highs weren’t quite as clear as I’d like, even after adjusting the equalizer. These aren’t noise-cancelling headphones, so expect to hear your surroundings, if they’re loud. I was never able to get the earcups completely surrounding me ears, so there were small gaps here and there. Your mileage may vary, but this fortunately didn’t seem to impact audio quality or the listening experience.

Overall, SteelSeries did a fine job with the Sibera Raw Prism. I’d label it as being a good all-around headset for the casual gamer who doesn’t want to spend that much money for something simple. Simply put, I found no reason not to recommend it, so if you’re on the fence, pick one of these up, and chances are you’ll be quite satisfied with them.