Currently priced at $79.99 on Amazon comes the LifeCHARGE MFI-certified 2,300mAh battery case for iPhone 5 and iPhone 5s. If gold isn’t for you, the case is also available in black and white. 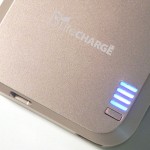 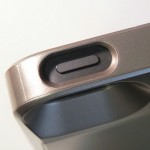 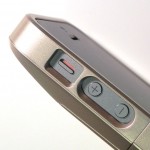 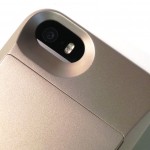 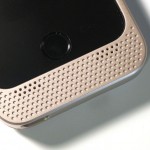 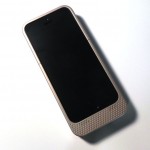 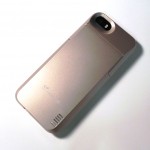 Included in the quality packaging is the battery case itself, a user guide (not really needed, but it does contain the warranty information), a white micro-USB cable (for charging and syncing) as well as a small headset jack cable extender (due to the recessed 3.5mm cutout/opening).

The LifeCHARGE case features a smooth, soft-touch material throughout, making the case comfortable to hold and grip. Because of its finish, it shouldn’t attract fingerprints or scratches that much whatsoever.

On the back is a large cutout for the camera, of which I’ve had no issues with when taking photos while using the flash. At the bottom is some LifeCHARGE branding as well as some LED indicators and the charging on/off button. Pushing this button will also light up the LEDs to indicate how much battery capacity is left in the case itself. Each LED indicates up to 25% battery life. For example, if 3 of them are lit, you have between 50% and 75% capacity remaining. When the battery is all out of juice, the bottom LED will flash red.

Along the bottom is a micro-USB port which, as mentioned earlier can be used for both charging the case as well as syncing your iPhone to a computer (since the port acts as a passthrough). In addition, you’ll find the recessed 3.5mm headset jack cutout, which you’ll want to use the included extension cable for. The left side has a cutout for your two volume buttons as well as a cutout for the silent switch. The top has a sizeable cutout for the power button, while the right side has nothing. Lastly, the front has some perforated openings for the microphone and speaker (the audio quality from the speaker is decreased, enough to where it’s noticeable).

In my testing, the battery case consistently took just over two hours to fully charge my iPhone 5s, and that included me using the phone a little bit on and off. The case would also die shortly afterwards, which was somewhat surprising given the case’s larger battery (2,300mAh) versus my iPhone 5s’s battery (1,560mAh). Still, knowing that you should be able to go from nothing to nearly 100% or 100% is good to know.

I certainly wish that the price was lower, and hopefully that’ll one day change. Still, if you’re willing to pay the premium for a battery case, this wouldn’t be a bad choice.