Sony isn’t as well-known as other smartphone makers, such as Apple, Samsung and HTC. That’s not to say that what they have is bad–it’s quite the opposite. Sony’s Xperia Z1S (T-Mobile, Sony), available exclusively on T-Mobile in the US, packs quite a bit of hardware into a unique, Sony-esque design.

As mentioned, the Z1S is available exclusively on T-Mobile in the United States. At the time of writing this review, the phone can be had for $504, or $21 per month for 24 months.

Let’s first start off with a rundown of the hardware specifications, for those who are into them.

As you can see, even compared to newer flagship smartphones from other companies, the Z1S has quite a bit going for it. However, high-end specs don’t always translate to a great user experience. 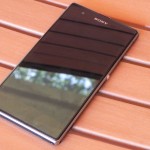 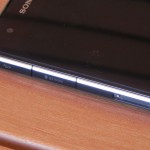 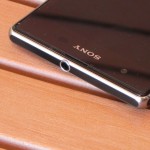 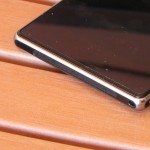 While kept simple, the design did a good job at reminding me that this is a Sony product, thanks to the solid build quality and sleek lines and overall design.

Along with the large slab of glass on the front is another large slab of glass along the back. As far as I know, Apple’s iPhone 4 and iPhone 4s were the only smartphones that used a glass back. While this makes the phone look like a premium device, it honestly caused me to worry about accidentally cracking it. I really didn’t feel confident in using the phone out in public due to this, especially given the phone’s blocky, and sometimes hard-to-hold design. To combat this, I purchased a basic TPU case from eBay for a few bucks. If opt to not use a case, be in for a back that’s quite a fingerprint and smudge magnet.

All sides of the phone have something going on. The top of the phone has the lone 3.5mm headset jack. The right has the covered micro-USB 2.0 port, covered microSD card slot, and proprietary docking connector for use with Sony’s various accessories. The bottom has the dual stereo speakers, a microphone and an opening for the lanyard. To round it all off, the right side has the covered micro-SIM tray, power button, volume rocket, and a dedicated 2-stage camera key.

While more optimally-placed than rear-facing speakers, the overall listening experience is somewhat poor. The speakers can get plenty loud, but clarity isn’t found here, and they easily distort at louder volumes.

I recommend limiting speaker use to quick speakerphone calls. For music and videos, I would undoubtedly recommend you use headphones or external speakers of some sort. 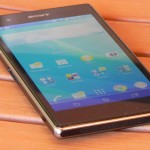 The full HD “TRILUMINOS” display on the Z1S can get plenty bright, but can also get very dim depending on how you’d like it to be. The display can also be easily seen in direct sunlight, which of course will require you to crank the brightness to the max at the expensive of battery life. What could’ve been better are the viewing angles, typically resulting in washed out colors on the screen, much more so than many of today’s newer devices. It isn’t all that bad, however, since color accuracy is good that aren’t too oversaturated. 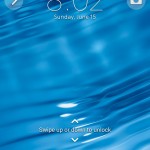 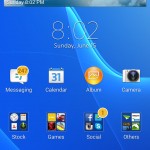 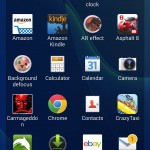 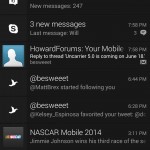 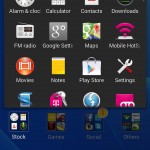 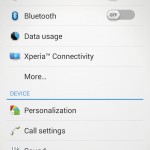 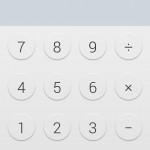 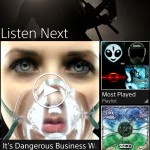 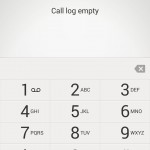 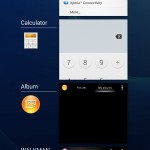 Interestingly, the Z1S has yet to see a software update from Android 4.3 “Jelly Bean” to the latest, Android 4.4.3 “KitKat.” It’s currently unknown as to when the device will see this mostly minor update, but it’s certainly expected to come soon.

The Android UI/overlay from Sony is one of the better ones I’ve used, with a colorful and easy-to-use interface. Fortunately, T-Mobile doesn’t load the phone with as much bloatware as other carriers, such as AT&T. You can also disable any of the pre-installed applications that you never wish to use via the settings app. Interestingly, Sony doesn’t have an option to simply hide icons in the launcher, like devices from Samsung, LG and HTC can.

Sony’s stock apps include all of your essentials, such as a photo gallery, video player, music player, email app and more. All are designed well and are easy to use.

Since the phone doesn’t have dedicated touch navigation buttons, everything is done within Android. So, at the bottom of the screen are back, home and multitasking buttons. Like with most Android phones that go this route, they can sometimes make playing full-screen games slightly annoying, since these buttons turn into three little dots, thus causing the game to technically not be played in full-screen. This is also the case for some video viewing apps, such as SlingPlayer.

Like other smartphone makers, Sony has a software feature that lets you open mini versions of apps, such as calculator and notes. You can find these when you go to the multitasking interface. There are only a handful of small apps to choose from, but you do have the option of turning your widgets into similar small, floating apps. If you find yourself never wanting to use these, you can disable the shortcut bar at the bottom of the multitasking interface, which can actually be a bit annoying.

I found the performance to be very good, with apps loading quickly while the animations and fluidity of the UI were all perfectly smooth. Gaming performance was on par with other devices, with good frame rates across the board of graphics-intensive games. Even the multitasking interface was fast and simple, although I would like for that to show more than 3 apps at a time. Overall, I was very happy with the performance that the Z1S provided. 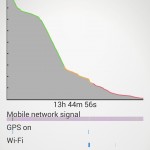 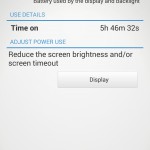 Despite having a seemingly-massive 3,000mAh battery, the phone didn’t last as long as expected. You should still expect to get through a full day of moderate to heavy use. There’s a power saving mode that allows you to disable certain phone features, such as Wi-Fi and mobile data, but nothing I’ve found mentions decreasing the CPU performance, so I’m not sure how much this mode would help on its own. Also keep in mind that my usage was 100% Wi-Fi off. This is because data usage over the cellular network is more taxing on the hardware and battery than with Wi-Fi. With that being said, you might be able to get through 24 hours of battery life when using Wi-Fi, or when using the phone lightly in general. 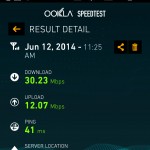 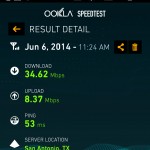 Cellular performance varies depending on a wide variety of factors, including location, time of day, congestion, etc. T-Mobile’s data performance in San Antonio, TX. is generally very speedy. Still, keep in mind that things can vary quite a bit, even on a block-by-block basis, but that’s par for the course across all carriers. Call quality was good, being loud and clear on both ends (especially with HD Voice calls), though you’ll want to keep speakerphone calls short due to the somewhat poor and annoying audio quality. Generally speaking, cellular performance, for both data and calls, is just fine and is what you would expect a smartphone today to perform.

One thing to note is that, like all of T-Mobile’s newer smartphones (except for the iPhone), the Z1S shows the LTE signal based on quality, rather than raw signal strength. For example, where I would normally have 2 bars of raw strength, it may show 4 or 5 much of the time. 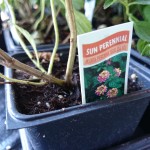 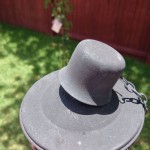 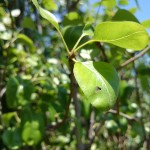 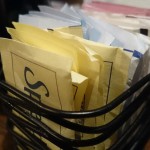 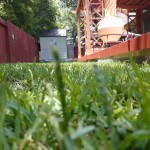 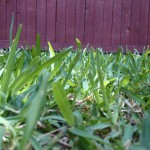 Both photo and video quality from the Z1S’s rear-facing 20.7MP shooter was generally very good, with great outdoor and low-light shots. The camera app is easy to use, but can get advanced if you need it. There’s no tap-to-focus while recording video, so focusing on exactly what you want when recording video can be very tough. You also don’t get high-speed 60FPS video recording or slow-mo recording features. Those shouldn’t matter to most, however.

It also comes with a number of fun photo modes to play around with. One of the modes is called “AR effect,” allowing you to place animated 3D objects, such as dinosaurs and fish, around the area in view, such as a living room. Another mode is called “background defocus,” allowing you focus in on different areas of a photo after it’s been taken.

Sony’s Xperia Z1S is a very solid phone throughout, with some minor shortcomings when it comes to battery life and some software things. Still, the classy design, easy-to-use software and good camera can certainly make this phone worth it.