Gaming on mobile phones and tablets has never been much of a good experience, primarily due to the on-screen controls. Add a physical controller into the mix, and things change dramatically. The SteelSeries Stratus ($79.99, black or white) seems as though it’s the best controller to get at this time, or is it? 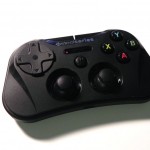 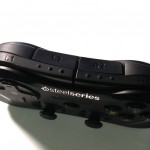 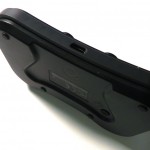 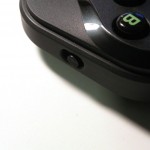 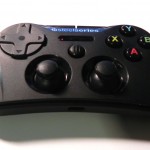 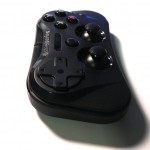 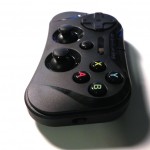 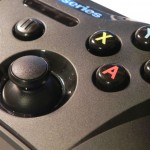 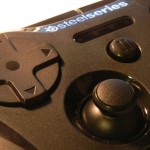 In terms of packaging, you get everything included that you need to get going, including a front cover (which can also attach to the back of the controller for added grip, but I found that this didn’t work to well because it kept coming apart), a micro-USB cable for charging, as well as a user’s guide.

The Stratus itself has a button layout that very much resembles a PlayStation controller. While it’s been years since I’ve played with one, my Logitech gamepad for my PC also has a similar design and layout, so I was able to transition to this one fairly easily. You have your standard 4 action buttons along the right, while the left side houses a directional pad. In the middle are status lights, with a dedicated pause button right below that. You have two analog sticks, and R1/R2/L1/L2 trigger button, some of which are sensitive to pressure.

For size, the Stratus is much smaller than you might imagine, so it does take some getting used to. But seeing as this is made for portable devices, you’d expect the controller itself to be just as portable. It’s also very lightweight.

Connecting the device via Bluetooth is very straightforward, and takes just a few moments to do. Once connected, you should begin to play any game that’s compatible with external controllers. SteelSeries has a list of compatible games here. Unfortunately, the Stratus is only compatible with newer iOS 7 devices, including the iPhone 5s, iPhone 5c, iPhone 5, iPad Air, iPad mini, iPad 4th-gen, and the iPod touch 5th-gen. I tested it with my iPad 2, and while it connected via Bluetooth, games simply didn’t work, and I would actually get a message shortly after connecting that said the accessory wasn’t compatible with the iPad. This must be another one of Apple’s ways of getting people to upgrade to newer devices, unfortunately.

I tested the Stratus with GTA: San Andreas, Riptide GP2 and Sonic All-Stars Racing Transformed. Each of those worked beautifully. For San Andreas, it screamed controller. Because of all of the virtual, on-screen controls, having a dedicated controller made the experience much better. For Riptide GP2, not so much, due to the few controls that were actually used, but it was still beneficial. The Sonic game also benefited greatly from the controller, due to the number of extra actions that can be taken advantage of, and the smooth steering is a must for racing titles.

I also tested the controller with a jailbroken multi-platform emulator called RetroArch, primarily with PlayStation 1 games, including Tony Hawk’s Pro Skater 2 and Crash Team Racing. Once you bind the controller’s keys within RetroArch, you have yourself a perfectly emulated PS1 gaming experience right on your iOS device. For years, I’ve been wanting a way to emulate PS1 games on my iOS device using an external controller, and RetroArch makes that possible, and it works as good as I’d ever imagine. Although, all of these games would better benefit from being played on a larger screen (see: iPad Air). On that note, you could plug your iOS device directly into your TV, and for games that use the controller to navigate through menus, you’ll be able to enjoy them on your couch without having to get up to adjust the game.

Overall, the Stratus is perhaps the go-to external game controller for iOS devices. Its price is a bit high, and whether or not it’s worth it will be up to how many games a user plans on playing with it. For me and the few games that I tested it with, it really did enhance the gameplay experience to where it certainly was worth it.

This is a very new area for accessory manufacturers, and updated designs, cheaper prices, and devices with more features should be expected in the next few years.