LG today had its formal announcement of the LG G Flex, one of the first smartphones with a curved display and body. 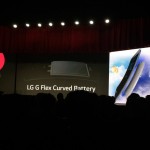 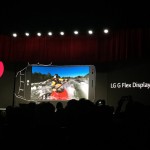 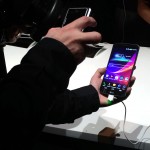 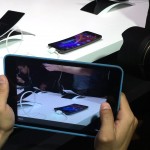 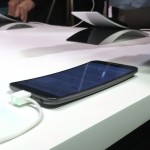 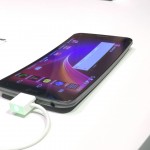 LG says that the curved feature allows there to be better audio when making and taking calls. Whether or not this is actually noticeable will be told in due time.

Because the display is 6 inches in size, the phone is rather large, and impossible to operate efficiently with just one hand, something that is hard to achieve on devices with screen sizes larger than 4.5 inches. The curvature of the screen is also said to offer a much improved video viewing experience.

The phone itself felt solid, and despite using plastic materials, it didn’t feel cheap. One could question how strong the phone is, should someone try and press it flat onto a surface, since it’s not supposed to bend or flex very much at all.

Because the body of the phone is curved, the battery had to be as well. The LG G Flex features the world’s first curved battery, and was able to pack more power in a smaller shell than the average smartphone battery.

While the phone has been available in some markets for a few months, the G Flex will be available in the US later this year on AT&T, Sprint as well as T-Mobile. With recent Verizon releases, they seem to want to take their time before selling a device on their network.

I’ll have a more detailed look at the device later in the week, and can hopefully get a review unit.