If you happen to still be a fan of BlackBerry, you’ll be happy to know that they’ve recently unveiled the successor to last year’s Z10, the Z30. Unfortunately, but not surprising, the pricing and availability for the Z30 are currently unknown. What is known is practically everything else. The Z30 features a 5-inch Super AMOLED display with the same 1280×720 display (resulting in decreased display clarity), 2GB RAM, a dual-core Snapdragon S4 Pro @ 1.7GHz, a quite large 2,880mAh battery (non-removable), LTE, Bluetooth 4.0, and BlackBerry OS 10.2. The audio system has also been upgraded to feature stereo sound, what BlackBerry calls “BlackBerry Natural Sound,” which makes “BBM video conversations feel so natural and real, that you’re in the same room.” For more information, check out the press release and intro video below. 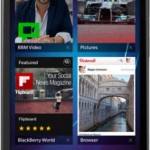 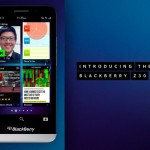 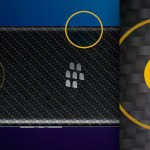 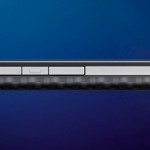 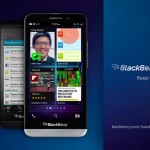 Biggest, Fastest, Most Advanced BlackBerry Smartphone Lets You Take on Any Task and Always Be in Control

Waterloo, ON – BlackBerry® (NASDAQ: BBRY; TSX: BB) today introduced the new BlackBerry® Z30 smartphone, BlackBerry’s biggest, fastest and most advanced smartphone. Featuring BlackBerry® 10 OS version 10.2, the new all-touch BlackBerry Z30 smartphone comes with a beautiful 5” display and the largest battery yet on a BlackBerry smartphone. It is designed to keep you hyper connected, productive and always in control, and lets you share like you’re there and collaborate with ease.

The new BlackBerry Z30 smartphone comes with BlackBerry 10 OS version 10.2, which includes hundreds of refinements plus many new features that help you be more productive. Among key features are:

The BlackBerry Z30 smartphone will roll out from select carriers and retailers around the world beginning next week in the UK and Middle East, and all other regions going into the holiday season. Specific pricing and availability will be announced by partners at the time of their respective launches. A variety of accessories including cases and chargers will also be available.