While Android continues to sweep the market with its ever increasing application support, other operating systems are trying to catch up with their own value propositions. Windows 8 has been a hallmark for those who would like to see something other than the Android bot swinging around. With its clean user interface, handy application support even with the lesser number of applications, Windows 8 has managed to garner a fair following especially with the Nokia Lumia flagship run as well as a few HTC phones. The following are the major launches that sport Windows 8 OS and are phones that you can consider as your next buy if it is a Windows phone that you are looking for. 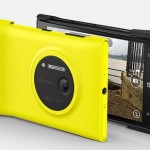 Nokia Lumia 1020 is the grand next from the Lumia flagship. Carrying the formidable 41 MP EOS camera, the Nokia Lumia 1020 is a mobile camera fanatic’s dream and with Windows 8 OS would be one of the best upcoming Windows mobiles to get your hands upon. It sports a full HD 41MP rear camera and a 2 MP front camera. The phone carries a 4.5 inch PureMotion HD + OLED display which is optimized for viewing videos. With a 2000mAh the battery carries sufficient capacity to support medium to high end usage. Furthermore with the Qualcomm Snapdragon processor at 1.5GHz dual core specifications, a snappy performance is going to be its hallmark.

Buyer’s Note: The Nokia Lumia 1020 is an apt buy for those with the mobile photography bug and who carry a desire for the largest camera on board a mobile in the market. 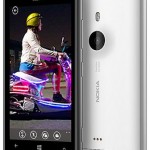 Nokia Lumia 925 carries a complete makeover from the earlier lineup of the Lumia flagship with an almost complete aluminium cased body. The Lumia 925 is lighter, more sleek and looks worthy of its price. Furthermore the 8.7 MP rear camera works like a dream with software advancements and better camera firmware. The display which is a 4.5 incher works good, but unlike other high end phones doesnot sport the display over much of the front face of the phone which is a put down definitely. The Lumia 925 is however lighter than the earlier editions of the Lumia series. The Nokia Lumia 925 price in India is expected to be at around Rs.38000.

Standout Feature: The aluminium casing of the phone makes it a good looking phone with its camera being amongst the best performing ones in the market.

Buyer’s Note: While the Nokia Lumia 925 carries most of the usual characteristic features of the flagship Lumia series, it is a worthy buy for people who would like to have an Windows 8 phone with some premium material finish. 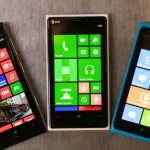 The Nokia Lumia 928 carries a distinctive difference from other Lumia devices in terms of its design being more bloated, making it slightly difficult in the hands. The 4.5 inch AMOLED display is spread over much of the body of the phone making it look more appealing than the Nokia Lumia 925. The camera as is the case with the earlier Lumia 920 stays on as the stand out feature which has been strengthened by the presence of a Xenon flash.

Standout Feature: The spread out display and the premium look resulting out of it.

Buyer’s Note: The Nokia Lumia 928 is a pure end Lumia flagship that is almost similar to the Nokia Lumia 920, the only difference being the design and the body material.

Conclusively these are the best upcoming Windows mobiles from Nokia that you can consider as your next buy, if it is a good Windows mobile that you are considering. While Nokia definitely stands out as the largest carrier of the Windows OS, HTC has been the only other manufacturer to bring out respectable Windows mobiles. Although HTC is not famous for having a Windows 8 flagship as the Lumia series of Nokia, still a HTC mobile will be the first one to feature Windows Phone 8 GDR2- the recent update to the Windows 8 OS. The HTC Tiara has nothing top of the line to offer with a 1.5 GHz dual core Snapdragon processor, 1 GB RAM and 8 GB of internal storage. However what is noteworthy is the clean design that has gone into the making of the HTC Tiara, making it look premium and building upon respectably decent specifications as well.

Buyer’s Note: For those on the look out for Windows phones and not a Nokia Lumia member, the HTC Tiara will be of promise especially if its not a high end budget you are targeting.

Rupam works in the areas of marketing and media relations at FindYogi, a product comparison engine.