There are a lot of listening applications available nowadays; it is very difficult to keep the track of these applications. The following are some favorites for Android and iPhone. 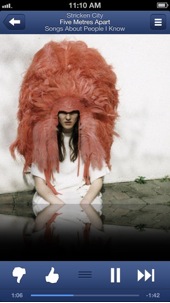 Pandora lets the users listen to music for free by building “radio stations” that are based on their favorite songs, artists or genres. The application would then play the songs that are similar to those they like. Users may modify the type of songs they wish to hear by hitting thumbs down or up or symbol for each tune. This is a great way of discovering songs you might have never heard. If you are not paying user, you would need to listen to the ads every once in the while and there is a monthly cap of the forty hours of the music applies to tablets and smartphones. Users may pay 36 dollars of the annual subscription for the ad-free and unlimited listening. 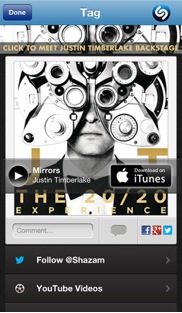 If you listen to a cool song and wish to know its title or singer, Shazam is a kind of nifty application which would help you in finding out. Just hold up the smartphone and allow the application to listen. It would quickly detect which song is playing. In addition to that, Shazam may be used for getting info about any television commercial or a television show you watch. The application is free but it is available with advertisements. Users may get rid of advertisements by purchasing the Shazam Encore application in 5.59 dollars for the Android devices and in 6.99 dollars for the iOS devices. 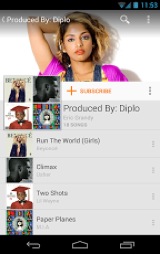 If the music takes a lot of space on the smartphone, Google Music is a very good cloud service which would save songs for you. The service would keep more than twenty thousand songs for free which iPhone users may then access by opening the website music.google.com on the cell phones. From there, they may stream songs to the device at a very high quality. Google Music is available pre-installed for the Android users. 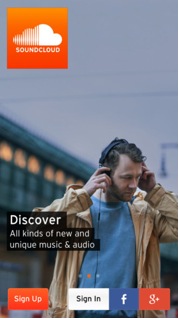 Think of the SoundCloud as YouTube for the music and sound: users and artists may upload music to the website for other people to listen. Famous artists use this service for sharing the new songs and the remixes whereas; new musicians use the website for letting others download the tunes. SoundCloud is used by the news websites for hosting audio like speeches by the President Obama and calls of 911. The application allows users to follow other users and like every sound bite. The application may also be used for recording and uploading audio. 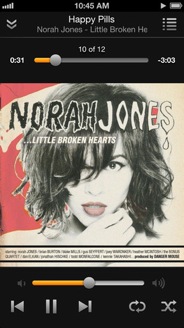 If you buy music from Amazon, you would want to get its music listening app on your cell phone. It may be used for streaming music from users or the cloud may also download the songs for the offline listening. Android version of the application and Amazon MP3 allow you to buy music. The application is called Amazon Cloud Player on the Apple iOS devices.